Tim Zoltie asks what is permissible when images of personal injuries are produced to be used as evidence.

Back in 1998 the House of Lords science and technology select committee published the Fifth Report, a study on the use of digital images as evidence which discussed photographic manipulation. Fifteen years on and technology has developed in terms of identifying possible image manipulation, but a lack of understanding of the implications of both existence and widespread availability as predicted by the report has led to questions over acceptable manipulation.

A photograph manipulated without the intention to deceive such as the sharpening of a still CCTV image for person identification may be seen as permissible, but is it acceptable to use the same technique on a photograph of a scar in a personal injury claim?

A criminal trial may be dependent upon photographic evidence in which case a forensic photography expert may be instructed for authenticity to be proved. In a civil litigation claim photography is used primarily as demonstrative evidence offering greater potential for acceptance and becomes more a question of weight rather than admissibility. This is also down to the difficulties in identifying manipulation, which is often not solely confined to post-processing and can also be done during the photography process.

In a personal injury claim an instructed photographer has a responsibility to document an injury exactly how it is seen. This in itself creates difficulty in accurately reproducing the natural appearance of an injury in an often unnatural environment such as a photographic studio. There are, however, techniques which can be used to exaggerate an injury, such as cross-lighting, demonstrated in the photographs of an abdomen scar in this article. 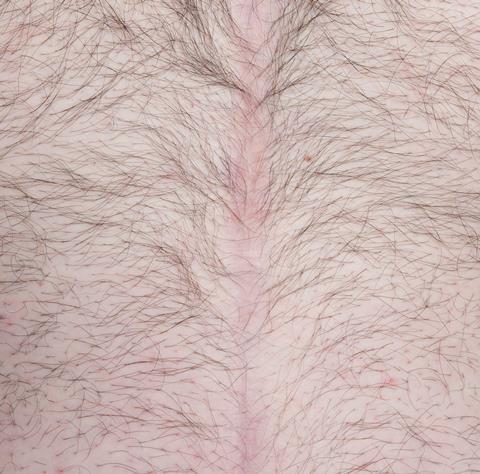 Image number one is taken using a flat lighting set-up with a main light directly axial to the camera lens.

Altering the direction of the main light to a 45° angle as shown in image number two increases the shadow leading to an exaggeration of depth. As damages are commonly awarded based on the physical appearance of an injury, the impact of this technique can create a substantial difference in valuation and can be seen as manipulation to enhance the subject. It is, however, technically closer in depicting the subject in its natural habitat as everyday light rarely falls on a subject from a flat angle.

So the wider the angle of light the more an injury can be exaggerated by the use of shadow, and this is where permissible manipulation borders intentional exaggeration. Ultimately the level of manipulation lies with how the photographer uses a technique such as this, and to what extent. 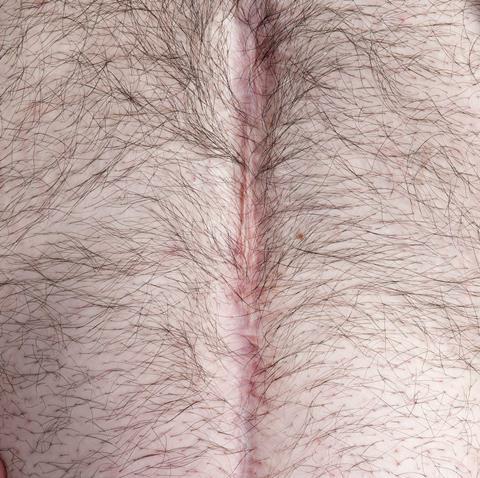 Questions over manipulation may not lead to inadmissibility, but may lead to overcompensation in favour of the defendant if techniques such as these are not known and understood. The evidential weight of the photograph therefore lies predominantly in who took it and their expert knowledge in the field. A photographer has a responsibility in producing not only accurate but fair evidence and requires the ability to justify any techniques applied.

In the case of a forensic or clinical photographer, justification is based on methods of practice developed through local and national standardised methods of practice. The more widespread photography becomes, the more questionable photographic evidence may appear and evidential weight will become a question of who took it?, not how was it taken?.