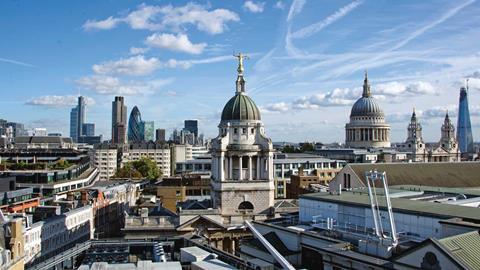 Earlier this year, the lord chief justice Lord Thomas commented upon an apparent increase in private prosecutions, at what he perceived to be a time of economic retrenchment, in areas where the state had previously had the resources and the will to conduct prosecutions itself.

Five months later, Ketan Surendra Somaia was convicted at the Central Criminal Court (the Old Bailey) on nine counts of obtaining a money transfer by deception and was sentenced to eight years’ imprisonment – a case believed to be the largest prosecution resulting in a conviction ever brought by an individual in the UK. The total sum dishonestly obtained (in 1999-2000) was $19.7m.

The case was described by the trial judge, His Honour Judge Hone QC, as ‘exceptional’ given ‘the sums involved, the extraordinary life-styles, the famous names, the world of international businessmen and the outpouring of $23m with little due diligence, simply relying on the concept of “my word is my bond”’.

Yet, despite being (or because it was) ‘exceptional’, it was conducted, not by the Crown Prosecution Service or the Serious Fraud Office, but on behalf of the primary victim, Murli Mirchandani, by niche business crime and civil litigation solicitors Peters & Peters.

The right of a private individual to commence criminal proceedings is longstanding. It survived the establishment of the office of the director of public prosecutions in 1879, and more recently the formation of the CPS and the SFO. The highest courts in the land have explained its continuance as a safeguard against the wrongful refusal or failure by public prosecuting authorities to institute proceedings.

In the current economic climate, the reality is that the CPS Fraud Unit is overwhelmed with work, and has to cope with diminishing resources. The SFO, under David Green QC, has set its sights on formidably lofty targets (financial institutions), but currently remains in the foothills of prosecuting some individual employees.

At every turn, prior authority is required from internal managers for expenditure regarded as essential by the case lawyers. Delays in authorisation are inevitable and case-damaging caps on expenditure may be expected.

In contrast, an individual or company complainant instructing a firm with civil and business crime capability may expect immediate joint advice as to the best way forward – civil litigation, private prosecution or both. If private prosecution is chosen, prospective trial counsel may be instructed immediately to advise upon the investigation – if thought helpful, both QC and an experienced junior, without satisfying any pre-conditions or institutional criteria.

Private prosecutions span a wide spectrum. From the Competition and Markets Authority, Transport for London and the Security Industry Authority at one end, through to the RSPCA (an increasingly active prosecutor) and those protecting intellectual property or other rights (for example, Virgin/Sky prosecuting those using ‘pirate’ equipment; Trading Standards Authorities, and so on) and on to companies and individuals who consider that, by some form of deceit and/or dishonesty they have been cheated or caused loss by another company and/or individual.

Private prosecutions are, and should be, a ‘growth industry’. They provide remedies for those who have suffered harm, and for whom the state, for one reason or another, offers no recourse. They also work in the public interest. Surely it must be in the public interest for criminals to be prosecuted who otherwise might not be ‘held to account’, who might otherwise go unpunished, and who might otherwise never be required to make recompense.

What are the perceived areas of concern regarding private prosecutions? An obvious consideration is whether the private prosecutor (the individual), who is also the complainant, lacks the objectivity and insight inherent in proceedings brought by the state. The obvious solution is to incorporate into any such prosecution the safeguards inherent in a state prosecution.

Mr Mirchandani’s case solicitors were well-versed in criminal prosecutions. Michael O’Kane was once a special casework lawyer at the CPS and Hannah Laming was once a case-controller at the SFO. William Boyce QC is a former senior Treasury counsel at the Central Criminal Court.

Ultimately, of course, in a proper case, the attorney general and the DPP provide the fundamental safeguard inherent in their power to ‘take over’ and ‘stop’ any prosecution, which they consider should not proceed further.

The other obvious concern is that state prosecutions are essentially free for the complainant, whereas a private prosecution usually requires a deep pocket. Is it right, therefore, for such a valuable remedy only to be available to companies or to well-off individuals?

Is this ‘justice for sale’, and is it, for that reason alone, objectionable? We would argue that it is not: if ‘economic retrenchment’ is inevitable, should not private prosecutions be seen as an essential safeguard – an opportunity for some victims of criminal conduct to seek justice even when the state has neither the current political will nor the resources to do so for them? Are not private prosecutions better seen as an opportunity to increase the pool of victims who can obtain justice?