Reforming the courts: a half-time report

What is the current state of play following plans announced two years ago to improve the courts and tribunals system? 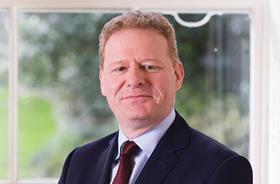 In 2016 HM Courts & Tribunals Service announced an ambitious set of reforms to modernise and upgrade the courts and tribunals system over the next four years. Two years into the project, how are those changes working in practice?

The justice system of England and Wales is often said to be the envy of the world. For those who use it, however, the increased financial and operational pressures to improve the effective administration of the system have been increasingly apparent. The need to implement modern ways of working and embrace new technology is universally acknowledged. At the same time, these demands have to be balanced with the requirement of the Ministry of Justice to reduce its annual spending by £500m by 2020 in order to meet the commitments in the government’s 2015 Spending Review.

The 2016 reforms were intended to square that circle. They envisaged an ambitious portfolio of changes comprising several programmes. These included:

HMCTS also promised to ‘reduce and modernise’ the court and tribunal estate. Successive governments have often looked longingly at the courts estate as a target for ‘efficiency savings’, and the proposed closure of some 86 courts (revised down from 91) was central to achieving the necessary restructuring of workforce and operations.

This transformative programme was expected to cost £1.2bn and take four years to implement. HMCTS’ stated vision was that the reforms would be designed around the needs of court users, providing a system that was proportionate, accessible and just.

What, then, is the current state of play?

The short answer is that progress in the implementation of these changes has been stilted and haphazard, causing concerns among practitioners as to the programme’s ultimate success.

By its own admission, the suite of reforms presented by HMCTS was a challenging project, not least because it involved multiple stakeholders, some of which were constitutionally independent of government. It was also recognised that the changes proposed were broader then had ever been implemented in any other jurisdiction, and with a tighter time frame.

These concerns, it now turns out, were entirely justified, and the delays experienced in the implementation of the reforms have been extensive. The report in July 2018 by the Public Accounts Committee of the House of Commons makes unappetising reading for those with a vested interest in the commercial viability of English legal services at a time of intense competition and uncertainty.

The committee concluded that it had ‘little confidence that HMCTS can successfully deliver this hugely ambitious programme to bring the court system into the modern age’. In part, this was due to HMCTS’ ‘failure to articulate clearly what the transformed justice system would look like, which limits stakeholders’ ability to plan for, and influence the changes’. The committee also found that, one third of the way through the programme, ‘the Ministry of Justice still does not understand the financial implications of its planned changes on the wider justice system’. It went on to express real concern that ‘the Ministry of Justice is taking on [a] significant amount of change, without a clear sense of its priorities, at a time when it is facing severe financial and demand pressures’.

To address these concerns, the committee made a series of recommendations which imposed on the MoJ and HMCTS the obligation to report on the progress of the reforms and to articulate the benefits of them. The first of these reports is due by January 2019. The committee also challenged HMCTS to engage more with stakeholders and to be clear about how it will act on the feedback received and adjust plans if necessary.

Since then matters have come to light which cast further doubt on the ability of the ministry to implement the ambitious programme for change. In September of this year the MoJ abandoned the Transforming and Enforcement Programme on the grounds that it was no longer affordable within the allocation of the 2015 spending review period. This programme, which has already cost £18m, was intended to modernise the payment and enforcement of criminal fines and, had it been implemented successfully, would have achieved a return estimated at £427m by 2025. The scrapping of the scheme has increased scepticism about the feasibility of the wider upgrade programme.

These are unique and uncertain times for the courts of England and Wales, and the justice system generally. In 2016 the then lord chief justice Sir John Thomas described the modernisation programme as ‘the most radical reform since 1873’. Given that this was the view expressed even before the looming test of Brexit, it is imperative that stakeholders in the form of societies and associations increase their engagement with HMCTS to ensure that the reforms achieve the best possible outcome.

If English law is to remain the gold standard for domestic and international business, it requires the active and vocal direction of those who have contributed most to that success.