In 2019, no fewer than 6,779 arbitrations were lodged with the world’s leading arbitral institutions. This number, which does not account for arbitrations administered by regional or sector-focused institutions and ad hoc arbitrations, only represents a fraction of disputes actually submitted to arbitration last year. Given the quantity of cases and the average length of an international arbitration, it is fair to assume that hundreds of arbitration cases are being decided in the current environment. 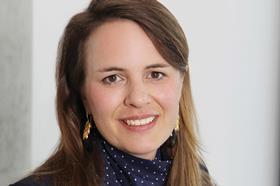 Arbitration users opt for a three-member tribunal because they believe or expect that a collegial decision based on the opinion of three persons, rather than one, will enhance fairness and impartiality within the decision process and the quality of the award.

Following the implementation of remote-working and travel bans, institutions have given guidelines to minimise the impact of Covid-19 restrictions on arbitral proceedings, and practitioners have pondered the subject of virtual hearings. But there is very little guidance as to how arbitrators should communicate before, during and after virtual hearings, and how to conduct deliberations in a way that aligns with the parties’ expectations and preserves the proceedings’ integrity.

In the absence of formal guidance, I have compiled a five-point checklist for arbitrators who are deliberating remotely.

Regardless of whether an arbitration is itself confidential, deliberations are invariably subject to a strict confidentiality provision under all arbitration regimes. A leak of arbitrators’ communications may jeopardise the legitimacy of the proceedings and the validity of the award. It may give rise to data protection liabilities and, in extreme cases, it can put arbitrators’ personal security at risk or influence financial markets. It is therefore paramount that arbitrators use a secure method to communicate during the proceedings, including virtual hearings.

Most platforms used for virtual hearings provide breakout rooms as well as chat functions that can be used for messages exchanged between arbitrators during plenary sessions. However, to avoid the risk of messages being accidentally entered and disclosed in the main hearing chat room, some arbitrators use a separate platform, such as WhatsApp, to communicate with each other; something they should not do unless the platform is secure.

Assuming that there is no requirement for deliberations to take place in person, arbitrators should not delay deliberations until travel bans are lifted. Indeed, an important factor of adequate deliberations is that they take place in a timely manner, when the issues and evidence presented at the hearing are still fresh in the arbitrators’ minds. Further, delaying deliberations will inevitably delay the rendering of the award, a recurring issue raised by arbitration users.

Arbitrators are therefore encouraged to decide on cases remotely. However, this does not mean that they can dispense with a debate on all of the issues in the case before proceeding with preparing the draft award. This is necessary to ensure that the award is a true reflection of the arbitrators’ collegial decision, and to avoid the risks associated with deliberations conducted solely on the basis of the draft award; a trend that may have intensified in the current remote working environment.

Due to workload or technical reasons, scheduling a deliberation meeting in a timely manner, after the hearing or after the last submissions, might give rise to serious difficulty. Yet, excluding or appearing to exclude an arbitrator from deliberation can have serious consequences. Indeed, courts around the globe have found that the failure to include one of the arbitrators in the deliberations or to deliberate an issue could lead to the award being annulled.

If an arbitrator fails to take part in all or any deliberation calls, or if no agreement can be reached between the arbitrators, tribunal chairs may nonetheless proceed with the deliberations and issue the award. Most arbitration regimes provide that an award can be rendered on the basis of a majority. In these situations, chairs should keep a record of the tribunal’s communications about virtual meetings to be able to demonstrate that the missing or dissenting arbitrator was provided appropriate notice about the deliberation meetings.

Arbitrators should treat draft awards with great caution to preserve the confidentiality of deliberations. The two main points of weakness with draft awards are the manner in which they are shared and where they are stored. Draft awards are routinely shared by email without encryption. Depending on the systems and WiFi connections used, this gives rise to serious cybersecurity risks. Arbitrators should also be wary of risks associated with sharing content functions of digital platforms. The location where draft awards are stored can also constitute an issue if the relevant IT infrastructure is not secured. In this regard, arbitrators are encouraged to have their own systems checked and to adopt good document management hygiene.

With respect to signatures, arbitrators should check that no specific requirement exists (eg, for arbitrators to be located at the seat of the arbitration when signing the award). Further, with a view to accelerating the process of rendering the award, arbitrators may want to consider signing the award in counterparts or electronically. Before doing so, they should find out whether the applicable rules and legal system(s) allow these practices. Finally, certain sets of rules contemplate the possibility for award being notified to the parties by email.

The author is grateful to Danial Butt, trainee at Bryan Cave Leighton Paisner, for his assistance with this article.