As a way of owning your home, leasehold is getting a bad name. A steady stream of stories about developers raking in huge profits while first-time buyers find themselves stuck with a property they cannot sell have made it the villain of the property market.

With public concern mounting, the government has felt compelled to act, releasing a consultation and proposals intended to – in its own words – ‘crack down on unfair leasehold practices’. The communities secretary was hardly being hyperbolic when he described the plans, such as banning ground rents beyond a ‘peppercorn’ (a nominal amount of no real financial value) or stopping the sale of newly built leasehold houses, as ‘radical’. 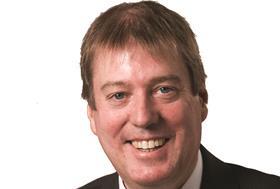 So, with the chorus of indignation against leasehold rising, and the government poised to act, does this mean the end of leasehold as part of English property law? Clearly, with horror stories of lives badly affected by these indefensible practices, something has to change. But I am not writing off leasehold just yet.

Leasehold residential property is not an aberration. With an estimated 5.37 million leasehold properties around the country, from flats in a converted Victorian townhouse to modern apartment buildings, leasehold has a legitimate role to play in how we deal with property that has communal areas.

While not the only solution, leasehold is a useful and proven way of keeping those shared areas well cared for – from lifts to gardens – while allowing individual home- or flat-owners to have ownership of their part of the property. Some commentators have rushed to condemn leasehold for its age, but the other side of that coin is that leasehold has worked successfully for hundreds of years.

The question then is how leasehold can evolve to survive, maintaining the useful parts while closing off the ways it has recently been abused.

In many ways these are not questions of law but of social policy. Under what terms are we, as a society, comfortable with property being held? How does the law permit or prevent winners and losers? Have some people ended up, often through no fault of their own, being taken advantage of so badly that the law, as an expression of our collective wishes, should be changed to remedy the situation? These are questions of politics, not of law.

Yet it would be short-sighted for solicitors to dismiss this whole topic in that way, or to confine themselves to legal minutiae around the edges.  Our law is not an end in itself; it must properly serve our society. When a legal structure that we are so familiar with is generating such intense public concern we have an important part to play in the debate about solutions. If we do not participate, we let the law and the legal profession fall into disrepute, doing ourselves, our clients, and the justice system we all serve a disservice.

So, while the Law Society’s Conveyancing and Land Law Committee is still developing its response to the government’s leasehold consultation, here are some broad trends that are becoming quickly apparent if leasehold is to survive as a useful part of our law. 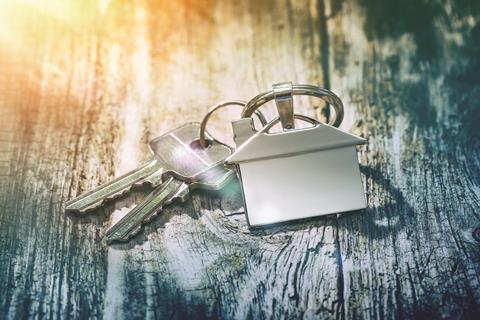 Houses should be sold freehold unless there is a particular reason justifying a leasehold tenure, such as genuinely necessary shared services. The sale of freestanding houses as leasehold where the only reason is to create an asset out of the ground rent is, with only a few exceptions, unjustifiable and needs to be curtailed.

Ground rents that increase exponentially also need to be brought to an end. If we expect the public to continue to see leasehold as a viable way of owning a home, they cannot be worrying what financial time bomb is hiding in the small print of their lease, set to seriously diminish the value of their biggest asset. While major lenders have already taken a strong and welcome stand by refusing to lend on such properties, government action is needed to help restore public confidence in leasehold homes.

The harder (but just as important) question is what can be done for those already caught in these exploitative leases? While evidence of the size of the problem is thin on the ground, there have been plenty of anecdotal stories about the impact it is having on people.

The fact that one large builder set aside a nine-figure sum to assist in addressing this seems to concede there is an issue to be put right here. While, as a matter of principle, the Law Society is always deeply suspicious of anything that looks like retrospective changes to rights and obligations, public disquiet with leasehold will continue to fester until those in this difficult position are given some effective relief.

Leasehold may be down, but it is not yet out. Those of us who deal with residential property every day know the important place it has in English land law, which it can continue to play. Our challenge must be to make sure it remains as fit for purpose in the 21st century as it has been in centuries past.