At the recent event Celebrating Women in the Law, there was a sense of frustration at the limited progress achieved over the last 20 years in increasing the percentage of women in leadership positions in law firms. Although women have been the majority on entry to the roll for some years, only 33% of law firm partners are female (SRA, 2015).

A number of initiatives has been implemented by law firms to tackle the female brain drain, focused mainly on improving retention rates of qualified women. One contributory factor which remains largely unaddressed is the army of ‘lost lawyers’ who step out of their careers, typically for childcare and/or eldercare, and rarely return to the profession.

The numbers involved are significant: there are 427,000 women in the UK with professional/managerial backgrounds who have taken long caring-related career breaks and who intend to return to the workforce (PwC, 2016). Within the UK Women Returners Professional Network of over 2,500 women looking to return to work, law is the second largest sector after banking.

Challenges of returning to law after a long break

The low number of law re-entrants is sometimes attributed to individual choice. Some women returners do decide on a career change; others lose their professional self-confidence and write themselves off before even applying. However, for many women it is the lack of a clear route back into a law firm or in-house role which presents the toughest hurdle. We frequently hear from motivated, high-calibre lawyers who have found that traditional recruitment methods are less effective for applicants with a non-linear career path. 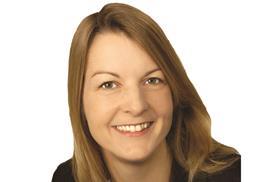 Rukhi Johal, a solicitor, described her experience: ‘Recruitment agents wouldn’t put forward my CV because of my three-year career break. I felt that I would not be able to get a legal job again.’

Jill Glover faced similar barriers after 12 years out of the profession: ‘Recruiters told me to come back once I’d had my first returner role.’

This bias against people without recent experience is widespread. A large-scale US research study found that employers are more likely to choose a less-qualified candidate than one who has been out of the workforce for even six months, incorrectly assuming a loss of skills. For too many in-house and external recruiters, the value of 10 to 20 years of experience is negated by an extended career break.

There are other advantages beyond gender diversity. Returners bring a high level of motivation and enthusiasm, a fresh perspective, and new skills gained through their career break experiences, which can include voluntary work, parental/caring roles, relocation, study and entrepreneurial ventures.

The risks involved are largely perceived rather than real. Some returning professionals may require additional support and updating at the outset, but line managers across sectors report that the vast majority rapidly get back up to speed and most are delivering effectively in a matter of weeks.

Returnships – a new way back

Since 2014, Women Returners has been leading the introduction into the UK of ‘returnships’, higher-level paid internships which create a bridge back to mid- to senior-level roles for experienced professionals who have taken a multi-year career break. Participants undertake professional-level work for a fixed-term period of three to six months, with a strong possibility of a permanent role at the end of the programme. Training, mentoring and (possibly) coaching are also provided. Returnships reduce the perceived risk for employers and give returners a supported route back to corporate life. Most returnship participants are returning mothers; however programmes are also open to stay-at-home fathers and those whose break was related to health or other factors.

Returnships have seen rapid growth. Numbers have increased from three banking programmes in 2014 to 23 programmes across a range of sectors in 2016 (Women Returners, 2017). Returnships received the stamp of government approval in the spring 2017 budget, when the prime minister announced that a £5m fund would be allocated to accelerate their growth in the UK. 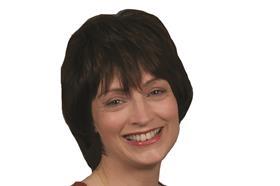 Most participants have been hired into ongoing roles and a body of case studies of the impressive women hired via these programmes is accumulating. As EY recently launched its second returnship, Jane Goldsmith, financial services talent partner, stated: ‘We ran our first career returner programme last year and were absolutely delighted with the result. Those who secured permanent roles with us following the programme have come into our business with confidence, bringing an amazing perspective and making a significant contribution early on.’

Although many leading professional services firms, including all of the Big Four, have run returnships, law firms have been slower on the uptake. The only programme to date we are aware of is Allen & Overy and Peerpoint’s 2015 alumni programme. However, a number of returning lawyers have successfully relaunched their career via returnships in other sectors, such as banking and construction. For example, Johal is now back working as a solicitor, having joined the in-house legal team at Tideway, the London infrastructure project, on its 2015 Returner Programme.

Returnships are not the only vehicle for helping returners back into legal roles. Women Returners has pioneered ‘supported hiring’ programmes to bring returners directly into permanent roles with coaching support, and has also co-hosted returner events with interested organisations.

Although many leading professional services firms, including all of the big four consulting firms, have run returnships, law firms have been slower on the uptake

After a 10-year career break and following a Women Returners Central Government Career Changers event, Claire Prettejohn, previously a solicitor with Freshfields and JP Morgan Chase, joined the legal team at Defra in January 2017. Claire says: ‘Without this support, I wouldn’t have known where and how to start my journey back to work.’ CMS Law is currently running a two-week Return to Law Programme to engage with returning lawyers, with a view to exploring consulting and permanent opportunities within the firm, while also providing return-to-work information and support.

How else can returners be encouraged back into law?

Professional associations play a key role here too. The Law Society’s Women Lawyers Division runs a two-day returners course to help people on career breaks to re-enter the profession. Jill Glover went on a similar course in 2012 and found it an excellent first step in returning to law: ‘The course put a marker down as well as allowing me to see that there were alternative ways of working.’ Jill subsequently took on three interim roles before securing a permanent position as corporate counsel with Ebiquity Plc.

AWS London promotes and supports women’s interests in the legal profession. With membership spanning all ages and stages of the legal career, a key theme is supporting others. AWS London welcomes returners, enabling their professional development through educational events, networking, and social and mentoring opportunities.

Regulators also support legal returners. The SRA, which chaired the Celebrating Women in Law event, has a useful online continuing competence toolkit  to help solicitors identify and reflect on training needs and how to address them. Jane Malcolm, SRA executive director, external affairs, says: ‘We expect firms to have policies which encourage equality of opportunity and respect for diversity. This is not about ticking boxes. It is of course the right thing to do, but a diverse profession is a more competitive profession. It is in all our interests to have the best people from all backgrounds thriving in law, including talented people who have taken a career break.’

The SRA is currently conducting a study to understand the barriers to progression for BAME and female solicitors and encourage lawyers on career breaks to share their experiences.

Julianne Miles is co-founder and managing director of Women Returners, a consulting, coaching and network organisation which specialises in enabling professional women to return to work after a long career break.

Gillian Fielden is vice-chair of AWS London, which is currently celebrating 25 years of supporting and promoting women’s interests in the profession.