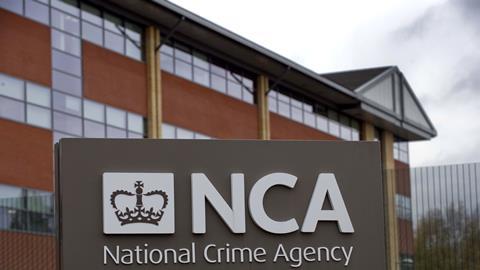 State agencies applying for search warrants must be painstaking in their approach, says Edmund Smyth.

In a coruscating judgment handed down on 11 May, the divisional court (Davis LJ and Hickinbottom J) sent a stark message to investigators and magistrates that the hitherto often lackadaisical approach to the application for, and grant of, search warrants is unacceptable.

Those applying for warrants have a duty of full disclosure, and any court considering an application should take a diligently inquisitive approach. A cursory treatment of the procedure may lead to any potentially useful product of the warrants being rendered inadmissible – or, worse still, ordered to be returned or destroyed.

In this case the National Crime Agency (NCA) admitted that its searches and seizures were unlawful, but nevertheless intended to apply for an order under section 59 of the Criminal Justice and Police Act 2001 to retain the seized material. It asked the divisional court for permission to retain pending that application.

Under section 59(6), a Crown court judge may permit retention of material seized pursuant to an unlawful warrant, thereby allowing investigatory agencies a second chance. That ‘parliament has countenanced [such] retention’ (paragraph 136) is an important consideration in favour of allowing retention. However, the ‘systemic failing’ was so egregious – while falling short of bad faith – that the return and/or destruction of the seized material (and any resulting work product) was the only just outcome.

The brothers of family C, successful businessmen, were suspected of being involved in money laundering. The NCA – formed in 2013 to combat serious and organised crime – chose to adopt an ‘innovative and audacious’ strategy to disrupt the allegedly illegal conduct. The were to be arrested, interviewed and bailed. While they were detained, their premises were to be searched (pursuant to section 8 PACE warrants) and covert recording devices installed to capture the self-incriminating comments it was hoped that family C would make following their release.

Restricting knowledge of this full strategy was considered central to its chances of success. Accordingly, the magistrates who granted the warrants, the arresting and searching officers, and the custody sergeants who authorised the family C’s detention were not told of the underlying surveillance plan. In fact, it was not until the eve of the judicial review hearing in April 2015 that a number of documents setting out the full detail of this ‘dominant purpose’ were disclosed.

Sections 15 and 16 of PACE and rule 6.30 of the Criminal Procedure Rules provide safeguards and guidance for the procedure of applying for and executing section 8 warrants. The court’s role is to ensure compliance with the statutory scheme, in order to protect the rights of the subject of the warrant. Here, however, the NCA simply asserted in its warrant application that the statutory criteria for granting the warrants were met and withheld crucial information. It had ‘abrogated to itself… the vital role of the court in the warrant process’ (paragraph 102).

The proper, ‘well-established and uncontroversial approach to disclosure’ (paragraph 105) has been described in a number of recent cases – R (Golfrate Property Management Ltd) v The Crown Court at Southwark [2014] EWHC 840 (Admin) and, perhaps most notably in R (Tchenguiz and R20 Ltd) v Director of the Serious Fraud Office [2012] EWHC 2254 (Admin):

The complete disregard for these principles made in this case, in Davis LJ’s words (at paragraph 148), ‘just about a paradigm example of (a) lack of understanding of what was required for the applications; (b) lack of preparation and deployment of the information needed for the applications; (c) lack of sufficient scrutiny by the justices; and (d) lack of regard at the stage of execution as to what the warrants actually permitted’.

The only consolation for the NCA is that the court rejected the family C’s challenge to the lawfulness of the arrests and their allegation of bad faith. Nevertheless, the court’s choice words display an unusual level of judicial disapprobation. The level of ignorance evidenced by the ‘fundamentally misconceived approach’ (paragraph 111) was ‘disappointing and of great concern’ (paragraph 108) and even ‘rather remarkable’ (paragraph 148).

While recognising that the decision to order the return or destruction of the seized material might render any subsequent section 59 application redundant, this was ‘a consequence which the NCA has brought upon itself’. And the court expressly hoped its judgment would have a wider, ‘deterrent effect hereafter on ill-prepared or ill-executed applications’ and to disabuse the authorities ‘that they can always expect to be permitted to fall back on section 59’.

The clear lesson is that any state agency involved in an application for search warrants must familiarise itself with the principles set out in the aforementioned cases, take extreme care to provide as much information as possible, and wherever possible protect itself by ensuring the application is considered by a lawyer.

Edmund Smyth is a criminal defence solicitor at Kingsley Napley