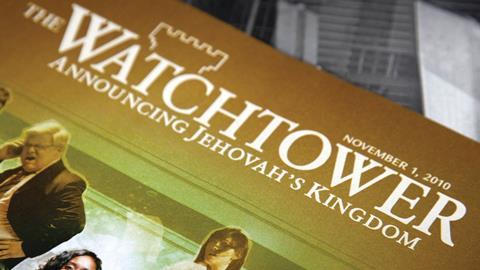 The Jehovah’s Witnesses organisation is facing an international abuse scandal on a scale akin to the Catholic Church.

Since 1950 the organisation had recorded allegations, reports or complaints of child sexual abuse against 1,006 members. Of that number, 579 members confessed to committing child sexual abuse. It found no evidence that any of the 1,006 reports, including the 579 confessions, was reported to the police. Instead, the policies of the organisation specifically directed officials in each congregation to report the allegations to headquarters.

More than a decade before the landmark 2015 decision in A v Watchtower Bible and Tract Society, the first judgment against the Jehovah’s Witnesses organisation in the UK, BBC’s Panorama highlighted the plight of survivors of sexual abuse from the Jehovah’s Witness community in a programme entitled ‘Suffer the little children’.

The documentary opened with the story of a young woman in Scotland who told elders – the men appointed to lead her congregation – that her father was sexually abusing her. They called her a liar and sent her home.  What they failed also to tell her was that three years earlier her father had admitted sexually abusing her sister.

In the case of A, the victim claimed that she had been sexually abused by Peter Stewart, a ministerial servant in her local congregation in England. She went to the elders for help and they put the allegation to Stewart. He denied it. Without a second witness to her allegations, that was the end of A’s matter. What the elders also failed to tell her was that years earlier Stewart had admitted molesting another young girl in the congregation. Stewart was never reported to the police by the organisation.

Similarly, in California, Candace Conti sued the organisation for failing to safeguard her from abuse after she was molested by Jonathan Kendrick. He had previously admitted to the elders of the congregation that he had sexually abused his stepdaughter. Despite his admission, Kendrick was allowed to work alone with Conti during door-to-door preaching and used those opportunities to abuse her. Kendrick was never reported to the police by the organisation.

Jehovah’s Witnesses operate what is commonly referred to as the two-witness rule. This means that for any ‘sin’ committed, there must be two witnesses to the sin for the elders to take the matter forward and discipline the member. It matters not that the member has admitted to the same type of wrongdoing in the past. In cases of sexual abuse, there is rarely, if ever, a witness. For victims of sexual abuse who finally find the courage to come forward, their complaints are usually dismissed unless the perpetrator admits the abuse, which is rare.

The Australian Royal Commission was scathing in its criticism of the rule: ‘[T]he organisation’s retention and continued application of policies such as the two witness rule in cases of child sexual abuse shows a serious lack of understanding of the nature of child sexual abuse.’

In addition to the rule, Jehovah’s Witness teachings discourage interaction with secular authorities, including the police and legal system, and encourage distance from worldly people – that is, those who are not Jehovah’s Witnesses. It expressly counsels against taking another member to court, including for sexual abuse, because to do so could bring Jehovah’s name into disrepute. Consequently, members, though not expressly told that allegations of child sexual abuse should not be reported to the police, are well aware that to do so could result in severe consequences.

Jehovah’s Witnesses also adhere to a policy called disfellowshipping. This means that when a member commits a sin for which the elders believe he or she is not sufficiently repentant, the member is excommunicated from the organisation. The teachings of the religion require that a disfellowshipped person is actively shunned, not only by other members but also by immediate family. In the case of a minor who is living under their parents’ roof, this means that contact with the minor must be limited to the most basic contact. For an adult, who has spent their life socialising only with other members, it means the loss of family, social and support networks. The isolation is total.

The Charity Commission in the UK has long recognised issues with the safeguarding policies of the Jehovah’s Witnesses. In 2014, it opened an investigation into the charity. Its goal was simple – for the organisation to make small amendments to its safeguarding policies in order to protect children from abuse. But rather than comply with the Charity Commission’s request, the organisation appealed the commission’s statutory right to open an investigation. Two years of litigation ensued, ending with an appeal to the Supreme Court which held that the commission had a right to open an inquiry.

In the US, Jehovah’s Witnesses have employed similarly aggressive litigation tactics. In the case of Jose Lopez, California attorney Irwin Zalkin requested disclosure of all reports of child sexual abuse to the organisation in order to demonstrate the organisation’s pattern and practice of not reporting abuse to authorities. The court ordered the Jehovah’s Witnesses to turn over the documents. But again it refused to comply, ultimately leading the judge to strike out the organisation’s defence and award $13.5m in compensation to Lopez.

The Jehovah’s Witnesses appealed the decision and a California appeals court overturned the compensatory award but reaffirmed the order for the organisation to turn over the documents.