Two issues were recently considered in Roshan v Bharj [2017] EWHC 176 (Ch). First, whether a person who was not a party to the original claim can issue proceedings to set aside a judgment, on the grounds that it was procured by fraudulent testimony; and, second, whether it is necessary to show that the evidence in support of such proceedings could not have been obtained by the use of reasonable diligence. 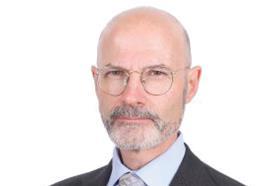 In 2012, Sohan Singh (Sohan) brought proceedings (the ownership claim) against Mr and Mrs Bharj, primarily concerned with the beneficial ownership of a Sikh temple, the Gurdwara Miri Piri Sahib (the property).

Following a trial in the county court, Mr Recorder Monty QC held that the property was beneficially owned by Mr Bharj, Mrs Bharj and Sohan as tenants in common in the shares 34%, 33% and 33% respectively.

Mr and Mrs Bharj then brought a separate claim against Sohan under the Trusts of Land and Appointments of Trustees Act 1996, seeking among other relief an order for the sale of the property (the TOLATA claim), the trial of which took place before HHJ Gerald on 1 June 2016. HHJ Gerald ordered that the property be sold by public auction.

In his judgment in the ownership claim, Recorder Monty QC rejected Sohan’s claim to be the sole beneficial owner, and accepted as correct what Mr Roshan said was the false evidence of Mr and Mrs Bharj in reaching his conclusions. Mr and Mrs Bharj applied for reverse summary judgment and/or for an order that the claim be struck out as an abuse.

The judge summarised the issues to be determined as follows:

(i) Should the claim have been brought by the trustees rather than the members?

(iii) If so, is there any basis for characterising those fresh proceedings as an abuse of process and as such are they liable to be struck out?

(iv) If they are not an abuse of process, do the fresh proceedings have a realistic prospect of success, and if they do not, should they be struck out?

The judge referred to Rehman v Ali [2015] EWHC 4056 and held that the claim ought to have been brought by the trustees and not by Mr Roshan on behalf of the members.

Setting aside a judgment based on fraud

In Takar v Gracefield Developments Ltd [2015] EWHC 1276, Newey J held that a judgment can be set aside for fraud if the loser satisfies the requirements summarised in Royal Bank of Scotland plc v Highland Financial Partners LP [2013] EWCA Civ 328, and it does not have to be shown that the new evidence could not reasonably have been discovered in time for the original trial. Those requirements are: ‘… first, there has to be a “conscious and deliberate dishonesty” in relation to the relevant evidence given, or action taken, statement made or matter concealed, which is relevant to the judgment now sought to be impugned. Secondly, the relevant evidence, action, statement or concealment (performed with conscious and deliberate dishonesty) must be “material”. “Material” means that the fresh evidence that is adduced after the first judgment has been given is such that it demonstrates that the previous relevant evidence, action, statement or concealment was an operative cause of the court’s decision to give judgment in the way it did. Put another way, it must be shown that the fresh evidence would have entirely changed the way in which the first court approached and came to its decision. Thus the relevant conscious and deliberate dishonesty must be causative of the impugned judgment being obtained in the terms it was. Thirdly, the question of materiality of the fresh evidence is to be assessed by reference to its impact on the evidence supporting the original decision, not by reference to its impact on what decision might be made if the claim were to be retried on honest evidence.’

The evidence brought forward must be ‘clear and convincing’: Rehman v Ali at [34].

However, the judge declined to follow Newey J’s conclusion that the reasonable diligence test did not apply, preferring the approach of Burton J in Chodiev, which he found to be consistent with the various authorities cited there.

As regards abuse of process, the judge adopted the principles summarised by Simon LJ in Michael Wilson & Partners Limited v Sinclair and others [2017] EWCA Civ 3 at [48], including that the power to strike out a claim for abuse of process is founded on two interests: the private interest of a party not to be vexed twice for the same reason and the public interest of the state in not having issues repeatedly litigated. Both or either interest may be engaged; and to determine whether proceedings are abusive the court must engage in a close ‘merits- based’ analysis of the facts. The crucial question is whether in all the circumstances a party is abusing or misusing the court’s process.

Jurisdiction of the High Court

When applying to set aside a judgment allegedly obtained dishonestly, it will be necessary to rely on evidence that is clear and compelling and that could not have been obtained by reasonable diligence

The judge ruled that: