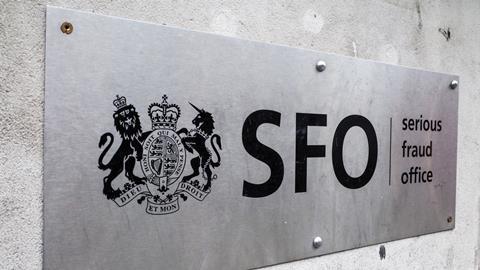 When the Bribery Act 2010 was introduced it was feted and condemned in equal measure. While supporters claimed it would be the international gold standard for bribery legislation, critics called it draconian.

A decade later it seems that, at least in terms of prosecutions, the act falls far short of Draco’s standards. The Crown Prosecution Service and Serious Fraud Office have prosecuted a handful of individuals, and use of the corporate offence under section 7 (failure to prevent bribery) has almost exclusively been confined to deferred prosecution agreements (DPAs), rather than convictions.

However, before declaring the act a failure, one must ask if the record on prosecutions is just as it was intended to be. Sir Hugh Bayley, who supported the passage of the bill through parliament, said at the time: ‘I do not want to see dozens of [businesspeople] being taken to court, fined or made to pay a compensatory payment in place of prosecution. I just want to see business practice change.’

A high ideal, but to achieve significant and lasting change in business practice, there needs to be a common understanding of the standards that must be met. From its introduction, the business community has criticised the act – and particularly failure to prevent – for its lack of clarity. For instance, the head of the CBI warned that ‘none of the definitions are fit for purpose’.

To address these concerns, in March 2011 the Ministry of Justice published guidance on adequate procedures, which set out ‘six principles’ for companies to follow when developing anti-bribery and corruption (ABC) procedures. These principles provide a useful general framework, but are often vague and generic, for instance ‘Appropriate resourcing – this should reflect the scale of the organisation’s business and the need to identify and prioritise all relevant risks’.

At times the guidance is at odds with other internationally recognised standards. For example, the guidance advises that ‘Flights and accommodation to allow foreign public officials to meet with senior executives of a UK commercial organisation in New York… and some reasonable hospitality… such as fine dining and attendance at a baseball match are… unlikely to raise the necessary inferences’ – yet the OECD has warned that this is a high-risk activity in almost all circumstances.

The recent House of Lords Bribery Act Select Committee report acknowledged the lack of clarity. It recommended that the guidance be expanded and provide examples of procedures that are likely to be considered adequate. In the meantime, companies seeking practical guidance must look elsewhere.

Typically, legislation generates a useful body of case law that assists in creating a common understanding of the legal position, but failure to prevent is almost exclusively dealt with by way of DPAs. The nature of DPAs is such that it is very difficult to understand the full extent of a company’s ABC procedures and whether they were adequate. DPAs are eventually approved in open-court judgments but by this stage in the DPA process (and for some time before it) both the company and the SFO are working to obtain the DPA. In such circumstances the company is not seeking to establish that its procedures were adequate; the issue is never litigated and no guidance is generated.

Although such concerns have been well highlighted by lawyers and academics, they have not necessarily filtered down to the majority of those responsible for implementing ABC procedures. A 2015 government report examining the awareness and impact of the act among small and medium-sized enterprises found that although just 66% of companies were aware of the legislation, of those 72% believed that their company had sufficient knowledge and understanding to be able to implement ABC procedures. Furthermore, 89% said the act had no impact on their ability or plans to export, and 5% believed that it had a positive impact.

Of course, figures in a government report on the success of the act must come with all necessary health warnings. With no objective assessment of the procedures put in place by the respondents, it is impossible to judge whether, or to what extent, the act has changed business practices. Policies and procedures are only as good as their implementation and enforcement.

The concerns raised to date about the lack of guidance may soon be amplified. The Law Commission has been asked by the government to investigate the laws around corporate criminal liability and provide options for reform. A significant contender for reform is to introduce an offence of failure to prevent economic crime. The implementation of policies and procedures necessary to reasonably achieve this will be considerable and complex. Perhaps this will be Draco’s moment?