The Conservative manifesto for the 2017 general election stated: ’We will strengthen Britain’s response to white collar crime by incorporating the Serious Fraud Office into the National Crime Agency, improving intelligence sharing and bolstering the investigation of serious fraud, money laundering and financial crime.’

This single sentence caused almost universal uproar amongst commentators and the legal profession. Many acknowledged the numerous catastrophic failures of the SFO, but you would have been forgiven for thinking that the organisation is now effective in deterring and punishing fraud.

The truth is that the SFO is utterly ineffective in meeting the objectives it is intended to achieve. It undertakes a tiny number of investigations, set against the vast scale of fraudulent activity, and hardly any of those investigated come to be convicted, let alone imprisoned. 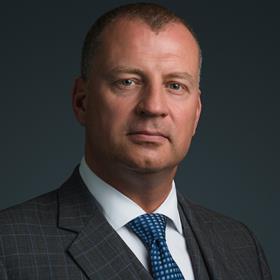 The SFO is not backward in publicising its ‘successes’, issuing updates every time one of its cases reaches a milestone, in particular a conviction in the criminal courts or a Deferred Prosecution Agreement. They also publish in detail the SFO budget and it is worth a sober look at these figures.

The SFO’s gross spend for 2016/17 was a little shy of £54 million. So, how many of the UK’s serious financial criminals were convicted and sent to prison during that period, based on the SFO’s own announcements through its website? From April 2016 to March 2017 the SFO lists just five separate prosecutions, which resulted in convictions leading to imprisonment. 13 individual defendants received a grand total of 85.5 years between them, or 6.6 years each on average, of which around three would be spent locked up, much in open conditions.

In fact, there was a single four defendant case where anyone received a sentence in double figures, which skewed the figures. Without that case, the other nine defendants for 2016/17 received an average of just 4.6 years apiece, one as little as 12 months for tampering with mobile phones.

Of course, the SFO and its defenders will point to fines, Confiscation Orders and Deferred Prosecution Agreements, but let us get real for a minute. From the point of view of the taxpayer, the consumer, the millions of victims of fraud, large and small, the main purpose of prosecution is to see criminals go to prison: for a long time.

Let us not forget for a second that the entire world financial system, and the lives of millions in the United Kingdom, were plunged into chaos and human misery as a result of behaviour in the banking sector which was blatantly criminal. Even before the financial crisis, the SFO had some of the most draconian legislation, available to any prosecution agency in the world, in the Proceeds of Crime Act and the Fraud Act.

The financial crisis is still under investigation by the SFO to this day; corruption and bribery are rife on a massive scale; fraud is an epidemic and destroying lives, yet the SFO managed to put away barely one person a month across a mere handful of cases.

That analysis alone puts paid to one of the arguments of those up in arms about the proposal to scrap the SFO; that it will send the wrong message about the UK’s commitment to tackle fraud. What message? That we will largely let fraud go unchecked and almost never send the most serious fraudsters to prison?

What of the argument, that SFO investigations are so uniquely complex, that the National Crime Agency and the CPS could not cope with them. It is worth considering just some of the crimes the NCA and the CPS do handle every day; international terrorism, child exploitation, modern slavery, drug trafficking, firearms, cyber crime and money laundering on a massive scale.

The most serious NCA investigations, and CPS prosecutions, require specialist skills and technical knowledge to match anything found within the SFO. They are equally complex, involve many of the same jurisdictional and procedural difficulties, and they could not be more grave.

Many suggest that it is essential for SFO investigators and lawyers to be under the same roof. This almost unique structure goes against the principle of separation of roles in criminal cases, common to both the UK and the US. The recent trend, across a range of specialist agencies, has been for the CPS to assume responsibility for independent prosecution decision-making, from tax fraud to fisheries offences and everything in between.

It is a vital component of our criminal justice system that there is separate and legally objective decision-making by the prosecution lawyers. In the SFO structure, that independence is much more difficult to achieve, and certainly to demonstrate, as the line between investigators and prosecutors is blurred.

The SFO has become an industry in and of itself, not just internally, but for many professionals, the writer included, advising clients implicated in some way in an SFO investigation. Investigations are almost interminable, generate vast amounts of work for lawyers, with little risk of a prosecution, let alone of prison, at the end. 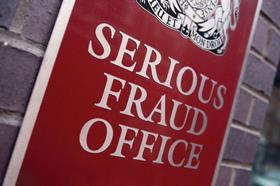 Finally, the much-touted DPAs; all three of them. The SFO has uncovered wholesale, persistent and calculated criminal behaviour, on an industrial scale, and settled for sums of money that made not a dent in the businesses responsible. In the most extreme example, at the time of writing, Rolls-Royce shares are up 27% since its DPA was confirmed in January 2017; an increase in shareholder value far outweighing the total payments under the deal with the SFO.

A lowly ’benefits cheat’ would not be given the chance to buy his way out of trouble by paying the money back, only to have even more returned back to him, after the deal, by another route. Only in the insular world of the SFO do these DPAs represent a successful blow in the fight against fraud.

It is time to bring some perspective to the investigation and prosecution of fraud, to achieve a consistency of approach across the whole range of serious and complex crime, and to stop treating financial crime as special case. The abolition of the SFO is an essential first step.