The Employment Rights Act: falling behind the gig economy

What do you recall from 1996? Perhaps it’s the Spice Girls tearing up the charts, or the heady optimism surrounding the England football team at Euros. Either way, it was a very different place to the world we live in today.

The biggest development of the past two decades is the rise of the internet. In 1996, just 4.1% of the UK population had access to the World Wide Web. Now, it’s 92%. Modern technology allows businesses to structure themselves in ways unimaginable 21 years ago, in the so-called 'gig-economy’. 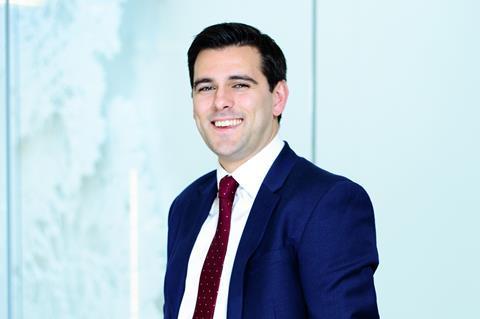 Another event of 1996 – which may not have captured the public imagination in quite the same way as Gazza or Posh Spice did - was the introduction of the Employment Rights Act 1996 (ERA96). This, however, is the battleground for a debate that goes to the heart of how we structure our society today.

While businesses have moved with the times, a spate of recent cases have shown that the law lags behind. In Pimlico Plumbers and Mullins v Smith [2017] EWCA Civ 51, which followed the Uber and CitySprint cases, the Court of Appeal expressed the difficulty it had in applying 20th century legislation to 21st century working practices.

Depending on which side of the fence you sit, the 'gig-economy' provides businesses and 'giggers' with ultimate flexibility, or it provides employers with a convenient way of circumventing employment law protections - until now.

The ERA96 recognises three categories of employment status. At one end of the spectrum are ‘employees’ – those who work under employment contracts and who are subject to a substantial degree of control. Employees are entitled to all employment law protections and benefits.

At the other end of the spectrum are the truly self-employed. Such individuals operate a business on their account and, broadly speaking, are not protected by any employment laws.

In the middle lies a nebulous third category – the ‘worker’. Not quite an employee but not genuinely self-employed either, a worker is entitled to some, but not all, of the protections of UK employment law.

Determining which category a workforce falls into is becoming an increasingly difficult task.

Mr Smith was a 'Pimlico Plumber'. Pimlico’s branding is ubiquitous on the streets of Greater London. Partly for this reason, Pimlico has become well-recognised, trusted and successful, and its plumbers often earn six figure sums.

The legal tests to determine employment status originate from statute but have been applied and have metamorphosed via case law, as courts and tribunals have sought to fit hard facts to legislation that no longer reflects business reality. It now seems that it is a question of degree (how much control is exercised? How much financial risk is bourne? How genuine is the flexibility afforded?) as to whether an individual is an employee, worker or self-employed.

One of the issues facing Pimlico and other businesses is how to reconcile a strong brand - often headed by individuals who wish to maintain tight quality control - with a genuinely flexible bank of staff in business on their own account. As the law stands, that balance is immensely difficult to achieve.

The government-commissioned Taylor Review on Modern Employment Practices is due to address difficulties inherent in the current legislation later this year. There is a need to ensure that the law provides the proper workplace protections to workers in vulnerable positions, while not stifling businesses and individuals who choose to operate on a self-employed/contractor basis.

In the meantime, businesses in this situation should ensure documentation is up to scratch and working practices and business priorities are scrutinised to ensure they come down on the right side of the line.