The justice wars: Denning strikes back

Lord Denning was, as master of the rolls, well used to seeing his judgments overturned by more conservative brothers in the Appellate Committee of the House of Lords. According to his memoirs, the reversals were ‘never so disappointing’ as in one particular case; it so offended his desire to ensure that the English common law did justice. 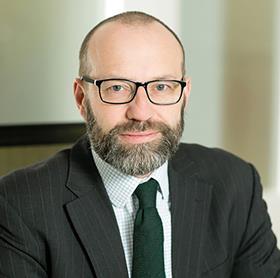 He can rest more peacefully now though. Over 40 years later, the Judicial Committee of the Privy Council has declared that the House of Lords got it wrong. Lord Denning was right all along. In the case of Convoy Collateral Ltd v Broad Idea International Ltd [2021] UKPC 24, a seven-member board has overturned the House of Lords decision in The Siskina [1979] AC 210, rewriting the juridical basis for the grant of freezing orders and other interim injunctions.

Acting as a Privy Council agent enables one to attend appeal hearings before justices of the UK Supreme Court. For most litigation solicitors, this is a once in a career opportunity, if that. You begin to observe the different personalities demonstrating intellectual prowess while seeking to influence the development of the law. One justice making his mark is Lord Leggatt, appointed to the highest court as recently as April 2020. He wrote the majority judgment in Convoy Collateral. His boldness in doing so stems not just from overturning a House of Lords authority of 44 years’ standing but doing so in a 4-3 split decision in which the minority comprises the president of the Supreme Court (Lord Reed), deputy president (Lord Hodge) and Lord Denning’s successor as master of the rolls (Sir Geoffrey Vos).

Lord Leggatt’s judgment will surely now be added to law school syllabuses across the world. It is a magisterial review of how the courts have, since first granting ‘Mareva’ injunctions, extended on a piecemeal basis the circumstances in which the common law provides litigants with an interim remedy either to hold the ring or to enable claimants to secure the evidence to vindicate their rights at trial. His conclusion is twofold.

On one hand, he extols the flexibility demonstrated over the years to ensure that the law and its procedures keep abreast of societal changes. On the other, he laments how in doing so the courts have lacked a ‘satisfactory theoretical foundation’ to underpin these decisions. So, he declares, now is the time to provide it.

In The Siskina, what upset Lord Denning was the view of the Law Lords that the English court lacked power to grant an interlocutory injunction against a person unless the claimant had a cause of action against them, which the claimant could enforce against them in the English court. On the facts of The Siskina, that left the owners of a sunken cargo ship unable to obtain compensation from those responsible. In Lord Leggatt’s view, the House of Lords failed to appreciate the principle upon which the practice of freezing orders was established – and that it was not dependent on the claimant having a cause of action against the person being injuncted.

The true principle, according to the majority in Convoy Collateral, is that the court can intervene to protect the enforceability of its own processes, even if on the facts the claimant’s judgment may not materialise for some time and after legal proceedings play out in other jurisdictions – provided there is a real possibility that the claimant may one

day return to the court granting the injunction and seek to invoke the processes of that court to enforce their judgment.

And it is said that, unbeknownst to the House of Lords in 1977, this had always been law.

This ‘enforcement principle’ is simple – perhaps deceptively so, judging by the concerns expressed by Sir Geoffrey on behalf of the minority. Sir Geoffrey’s judgment is a delicious example of judicial rivalry played out in public. That rivalry is cloaked in layers of courtesy and respect – but not such as to obscure the frustration of the minority at their failure to persuade the more junior majority to hold back from delivering, to use Sir Geoffrey’s words, such ‘a groundbreaking exposition of the law of injunctions’. It is unnecessary to go into the facts of Convoy Collateral, other than to note that on the facts the claimants were denied their injunction even under the majority’s new ‘enforcement principle’. This means that strictly Lord Leggatt’s judgment is obiter dicta and not binding on lower courts. But that will surely only increase Sir Geoffrey’s irritation since it seems inevitable that in practice it will be adopted and applied, given the deliberate decision of the majority to take this opportunity to restate the law.

Sir Geoffrey thinks it unwise to seek to put the clock back to 1977. He points out that the Supreme Court should generally follow its own precedents and not overturn an earlier decision just because the current composition would have decided the case differently. He says the allegedly faulty reasoning in The Siskina has not prevented the common law from developing flexibly since then.

He warns that Lord Leggatt’s ‘erudite and compelling exposition’ may have unpredicted consequences. The case argued before the board was limited to the circumstances of a particular freezing injunction which all the justices had concluded should not be granted, yet the majority judgment ‘sought to provide a juridical foundation for the entire law of freezing and interlocutory injunctions’. Dangers exist in seeking to develop the common law in this way ‘however attractive it may be to the judges of a particular generation to do so’, says Sir Geoffrey. He predicts further litigation will be required to ‘sort out the ramifications of the majority’s decision’. While sharing Lord Leggatt’s desire to secure stability, consistency, certainty and predictability in the common law, he disagrees strongly on how to achieve that.

Richard Langley is a Privy Council agent at BDB Pitmans LLP and acted for one of the successful respondents in Convoy Collateral. He is the treasurer of the London Solicitors Litigation Association