The law on freezing human eggs

Under UK law (the Human Fertilisation and Embryology Act 1990 as amended by the HFEA 2008) fertility clinics can store frozen eggs for up to 10 years. If eggs remain in storage when the deadline is reached, the clinic must destroy them. 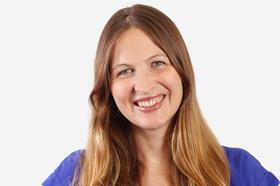 The only exception to this rule (found in the Human Fertilisation and Embryology (Statutory Storage Period for Embryos and Gametes) Regulations 2009) is for eggs which have been frozen for ‘medical’ reasons, where the storage period can be extended by subsequent periods of 10 years, with a maximum period of 55 years. This exception can be used by women who are, or are likely to become, prematurely infertile, and is commonly used by women who freeze their eggs prior to treatment for cancer.

Increasing numbers of women are opting to freeze their eggs for so-called ‘social’ reasons, to preserve their fertility for the future without an underlying medical reason for doing so. For them, the 10-year limit is non-extendable. If they haven’t used their eggs in fertility treatment within 10 years, they will be destroyed. The only alternative is for them to export their eggs to a country where the limit does not apply. This involves further cost, complication and stress, so it’s not an appealing option.

The limit was put in place nearly 30 years ago, when egg freezing techniques were in their infancy, and the social and cultural landscape was very different. In a recent House of Lords debate on the issue, Baroness Blackwood (the under-Secretary of State for Health and Social Care) accepted that there was no scientific basis for the limit, and that it was established following debate on ‘societal, ethical and cultural considerations’. Egg freezing is a medical process which involves complex scientific techniques, and it is rather shocking to find that there is no scientific justification for the limit. Both society and egg freezing techniques have moved on dramatically since 1990, and continuing to impose such stringent limits on women’s ability to preserve their fertility based on values which were held 30 years ago is having a devastating impact on women today.

There is a glaring disconnect between medical advice and the limits imposed by law. Fertility experts agree that the best time for women to freeze their eggs is in their 20s or early 30s. If a woman freezes her eggs in her 20s, she will be compelled to use them at some point in her 30s, otherwise she will lose them. What happens if she is not ready to use them? She may not be able to support a child financially at this point. Or perhaps she does not have a partner - she will then need to decide whether she wants to create embryos using donor sperm, or face her eggs being destroyed.

Statistics show that the younger a woman is when she freezes her eggs, the less likely she is to use them (since she is more likely to go on to conceive naturally or not be in a position to use them when the deadline hits). Effectively this means that whatever they choose to do, women who want to freeze their eggs for ‘social’ reasons cannot win. They must choose between freezing their eggs at the ‘optimum’ age and accept they are less likely to be able to use them, or wait until they are older, by which time the quality of their eggs will be poorer.

The limit also discriminates against women, and an opportunity to create greater balance between women and men when it comes to reproduction is being missed. Whereas women’s fertility declines from the age of 35, men’s fertility and age do not have such a marked correlation and men can continue to conceive children naturally much later in life. Allowing women to freeze their eggs for longer would provide them with more freedom and autonomy, and help to alleviate the pressure which many feel to start a family before they either want or are able to do so.

As an increasing number of women with frozen eggs approach their 10 year deadlines, the call for reform is getting louder, and it feels like momentum is building. Fertility experts are speaking out, and Baroness Deech (the former chair of the Human Fertilisation and Embryology Authority) has publicly criticised the limit for being outdated and discriminatory. Also, a group of women have recently announced their intention to challenge the 10 year limit, on the basis that it breaches their human rights to a private and family life. They are crowd funding to cover their legal fees, and the pending action has attracted national attention in the press. With mounting support for change, it is difficult to see how the government will be able to continue avoiding the issue.

The solution to this problem seems obvious: the law should mirror the position for premature infertility, providing women with the option to extend the limit every 10 years, with a maximum storage period of 55 years. Where such a simple solution exists, to destroy a woman’s best chance of conceiving a child in pursuance of an arbitrary time limit is cruel and nonsensical. Making women captive to a deadline without proper justification is regressive, and if science allows women to take a little more control over their fertility, legislation should support this.

Suzi Denton is an associate solicitor at Ellis Jones Solicitors