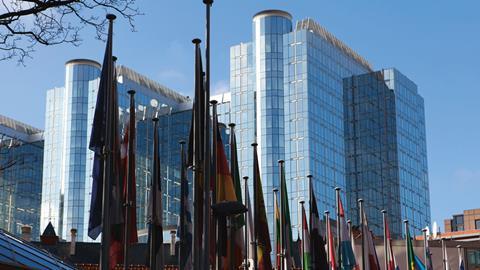 The Lugano Convention: a matter of genuine concern for the UK

As a consequence of leaving the EU, the UK lost its membership of the Lugano Convention, a relevant international treaty between the EU with other European states that form the European Free Trade Association, including Switzerland, Norway, and Iceland.

Consequently, in April 2020, the UK government applied to re-join the Convention as an independent state. Unfortunately, the European Commission has recently recommended that EU member states should deny the UK's accession.

The pretext chosen is that as the UK decided not to remain a member of the EU, the Convention is only accessible to parties on a high level of mutual trust. This uncertainty about future cross-border legal disputes has aggravated the tense relationship between the two.

The reason is apparent to anyone: the only common law jurisdiction acceptable for international agreements, the UK enjoyed a very significant benefit from the EU regulation. Global companies could immediately enforce rulings from English courts all across the EU or chose London as the perfect legal venue for their disputes.

Now that this is gone with Brexit, the best alternative is the Lugano Convention.

Indeed, Lugano is an excellent alternative to the EU regulation, as it also provides a reliable and predictable means to determine which jurisdiction will hear a specific dispute. Moreover, Lugano also streamlines recognition and enforcement of civil and commercial judgments.

Hence, no admission to Lugano would entail a dramatic scenario as the English jurisdiction would lose its privileged situation as a 'litigation hub' for EU disputes. Indeed, those disputes which would have been taken to the London courts with an EU party will be predictably blocked in its enforcements in the EU for the joy and protection of the EU parties.

Unambiguously, not accessing the Lugano means losing the harmonised EU-alike system, reverting to the regime before the UK entered into the EU.

This will throw disputes to national laws, facing a lengthy process for determining court competence and subsequent enforcement of the judgment, significantly extending the timelines to the despair of the interested parties.

In other words, admitting the UK to Lugano 2007 would strip this defence and protection for EU-based parties, something that EU's officials are not willing to accept. At least, not with the EU's cooperation for free.

However, these problems in court proceedings affect the UK and the EU as well, as asset recovery or enforcement of court judgments becomes more complex and costly for all parties involved, whether in London or Brussels. This circumstance will often significantly impact SMEs as small companies – without legal departments or access to sophisticated legal advice, they will bear the risks and costs involved.

Similarly, consumers are also at risk of losing out from the blockade. The EU regime is based on the consumer's residence, allowing consumers to easily obtain a legal remedy under this protective forum.

Deprived of this regime, consumers who buy across borders in the UK and the EU will be seriously disadvantaged.

Although not as favourable as the EU regime or the Lugano Convention, it may be possible to rely on the 2005 Hague Convention on Choice of Court Agreements. The UK acceded in its own right on January 1st, 2021.

However, the Hague Convention seems a very problematic regime in certain aspects as it only covers exclusive jurisdiction agreements. Alternative dispute resolution systems, such as arbitration, are not allowed. Even worse, the arbitration award will not be recognised or enforced, nor any provisional protection relief measures, another crucial difference with the Lugano Convention.

Nevertheless, the persistence of this uncertain situation will continue damaging businesses and individuals on both sides of the Channel, which makes it advisable that the sooner the EU's decision on the matter is clarified, the better.