The next step for arbitrations

The virtues of arbitration compared to court proceedings as a way to handle a legal dispute are well-advertised. But does the reality of arbitration match the spin, or is it all fake news?

Let’s just briefly rehearse the good news. First, arbitration empowers arbitrators to adopt procedures suited to the circumstances of the parties and the case which are far more flexible and adaptable than are available in court, where compliance with the increasingly bureaucratic (and punishing) Civil Procedure Rules has become a litigator’s nightmare.

Secondly, parties are able choose their arbitrator. They are likely to be a respected person, knowledgeable in the area of trade or business from which the dispute arises, and need not be a lawyer.

Thirdly, arbitrators are involved from the start, and dates for case management or final hearings are usually agreed between the parties, and can be relied upon. If the reference proceeds to an oral hearing, that will take place in private, at a place which suits the parties. Much of the business will be carried on by email, telephone or video link. 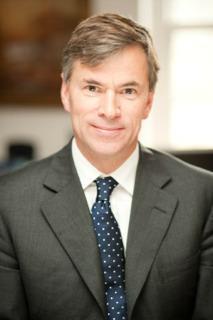 The list of benefits expected of arbitration goes on. Despite this, arbitration clauses in contracts are not as frequently encountered as the trumpeted advantages might lead one to expect. If arbitration is such a panacea, then why is it not universally used in preference to litigation?

The problem with arbitration

Some of the answers are obvious. First, although arbitration has been designed to be the leaner, more user-friendly version of its litigation cousin, many arbitrations have become litigations by another name. Statements of case, disclosure of documents, expert meetings and exchange of witness statements have all become common in arbitration, and these all add to the length of the process.

Secondly, there is the cost. Arbitrators are not taxpayer-funded like judges. They need to be paid and there is no one way fees are calculated. The main models for calculating an arbitrator’s fees are hourly rates versus a percentage of the amount in issue. We lawyers know too well that there is not necessarily a correlation between the time it takes to handle a dispute and the amount of money at stake. Both systems of charging can lead to high fees. Mind you, litigation is catching up, with recent increases in court fees having been well publicised.

Thirdly, although arbitration clauses abound in contractual disputes (but not nearly as often as one might expect), they obviously have no place in other disputes where there is no written contract – and as we all know, getting parties who are already in dispute to agree on a course of action like arbitration is never going to be easy.

While it is fair to say that some arbitrations have come to resemble litigation, that is not how it needs to be. There remains merit in streamlined, informal dispute resolution procedures – and particularly those where the tribunal is party-selected, and therefore likely to be familiar with the subject matter of the dispute (unlike many judges). Arbitration, properly conducted, retains a considerable lead over litigation.

So how to ensure its wider take-up? There are two suggestions. First, the fast-track fixed-fee arbitration model. Falcon Chambers, has developed one such model for property disputes. Rather than be tied to the value in issue or hourly charges, costs and time are based on which dispute option a client chooses depending on how much they want to spend, and how long they want the process to last – 20 days or 40 days.

Secondly, build arbitration clauses into your contract drafting – see www.propertyprotocols.co.uk. If parties know that arbitration is the way to go if there is a dispute, that is one item at least that does not have to be sorted out later.

I have no doubt other innovative ways of developing the reputation of arbitration in other areas beyond property are being developed by others in response to the problems of arbitration. The aim for the whole arbitration community must be to ensure it is a speedy, cost-effective method of dispute-resolution, incentivising everyone involved in the process to bring cases to an early conclusion at a sensible cost.