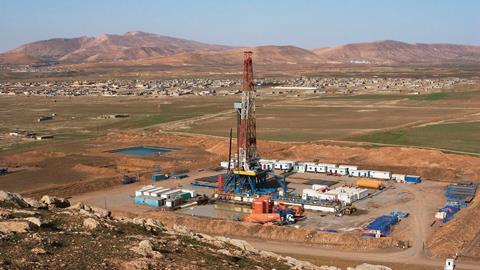 Excalibur was the legendary sword of King Arthur, sometimes attributed with magical powers or associated with the rightful sovereignty of Great Britain. Excalibur was also the first name of a Delaware corporation that began an action in 2010 against Texas Keystone and others claiming it was entitled to an interest, said to be valued at about $1.6bn, in a number of oil fields in Kurdistan.

The action was financed by various private investors and investment funds. Although it was not funded by ‘traditional’ third-party funders (TPFs), it is likely to have been one of the largest third-party funding deals ever arranged.

The claim was described by a lawyer at Clifford Chance to one of the funders as ‘the best claim he had ever seen’. That might have been true to the claimant’s lawyer. Yet, on 13 December last year, following a 57-day trial, Lord Justice Clarke did not agree.

The judge was scathing. He found the claims to be ‘an elaborate and artificial construct… replete with defects, illogicalities and inherent improbabilities’ resulting in the case being ‘essentially speculative and opportunistic’. While the claims were advanced ‘at great length and by the assertion of a plethora of causes of action’, they were found to be ‘based on no sound foundation in fact or law’ and so they ‘met with a resounding, indeed catastrophic defeat’.

As the claimant’s case was funded by a number of funders, the judge ordered an interim payment on account of costs in the sum of £18m (that Excalibur had previously paid into court as security for costs) and also ordered additional security which, if the claimant failed to provide, the defendants could seek through a non-party costs order against the funders.

The extra security was not provided and the defendants were given leave to join the funders of the action to the proceedings. This occurred and last month Clarke LJ provided his ruling on the extent of the funders’ liability for adverse costs.

The ruling is interesting for several reasons.

(1) The judge decided that funders should bear the costs subject to the Arkin cap (the decision in Arkin v Borchard Lines [2005] where the Court of Appeal concluded that a TPF could be liable for adverse costs and, unless the agreement was champertous, the liability (for a non-party costs order) should be capped at a sum equivalent to the amount invested in the case.

(2) In a new twist, when considering liability for adverse costs, the cap on a TPF’s overall liability includes the entirety of that funder’s exposure – be it for the claimant’s or defendant’s costs. Essentially, therefore, if a TPF has provided security for costs, their liability will be double the total of the amounts they have funded.

(3) Notwithstanding that TPFs cannot exercise control, a TPF can be held financially responsible for the conduct of the lawyers and experts in the event that indemnity costs are awarded. Put simply, a TPF follows the fortunes of their counter-party: they share in the upside returns and so they should also share in the downside (subject to (1) and (2) above).

A protective measure for a TPF might be to include an indemnity from the lawyers/experts for any indemnity costs caused by their conduct. While this might not be popular (and will depend on TPF market conditions), it might be a useful safeguard if the review and funding occurs at an early stage.

(4) A TPF will only be liable from the point that they became involved in the matter. As a result, a TPF can support a case in its later stages without being found responsible for retrospective costs.

(5) If a case does go wrong for a TPF it seems that any parent companies of the TPF may not be immune to an adverse cost liability. The court is prepared to look at the ‘economic reality’ to get at the ‘ultimate beneficiaries of success’.

Contrary to what some have said, I do not agree that the Excalibur rulings create a problem for the future of TPFs (described by Lord Neuberger as ‘the life-blood of the justice system’).

It is right that the case provides a salutary lesson about the risks involved (‘adopting a claim while unable to assess the merits sufficiently risks exposure to indemnity costs when the case turns out to be as bad as this one’) and illuminates the worst-case scenario, but it is unlikely to cause established TPFs to alter their conduct.

It is, perhaps, noteworthy that none of the ‘traditional’ TPFs funded the Excalibur case. I believe that this corroborates the essential facts that for a TPF, as ever: (a) due diligence in the early stages of analysing the case; and (b) understanding the conduct and proposed methodology of the lawyers remain key.

In conclusion, TPFs should remain vigilant to assess the risks and be ever prudent against claims which seem ‘legendary’ and/or where there needs to be reliance on the Arthurian ‘magical powers’ of a lawyer to ensure the case is a success. Whatever the promised rewards, any funders should avoid the challenge of drawing a sword from a stone.

Robert Kay is a solicitor-advocate at Cozen O’Connor