Transparency: are we moving to a US-type system?

For too long, the family court has been shrouded in secrecy, undermining confidence in the family justice system. The president of the Family Division, Sir Andrew McFarlane, grasped the nettle four years ago and announced a full review of the issue, leading to the publication of his report in October 2021, Confidence and Confidentiality: Transparency in the Family Courts. 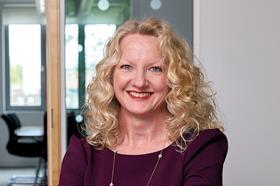 In summary, the competing tensions between the need for greater confidence in the family justice system and the right to confidentiality and privacy of those using it are at play here. To date, interpretation of section 12 of the Administration of Justice Act 1960 has been to largely prevent publication of family proceedings in private (‘in chambers’). Over the years, such power has been used to keep most family proceedings unpublishable. Rule 27.10 of the Family Procedure Rules 2010 (FPR 2010) provides that all family proceedings will be held in private except where the rules provide otherwise or the court directs otherwise. However, the need to be more transparent had begun by 2010. By FPR 2010 rule 27.11, limited categories of people can be present in court for private family proceedings such as ‘duly accredited representatives of news gathering and reporting organisations’, resulting in journalists and bloggers being able to attend hearings but not publish details of them. The reported cases have been limited to those which are heard on appeal (which are held in open court and not subject to the same reporting restrictions), or where judges have had the judicial time to approve an anonymised judgment, protecting the parties’ privacy.

Sir Andrew’s recommendation is essentially that greater openness is the new norm and we are now in a period of ‘accelerated change’, concluding that privacy and openness are both achievable.

The assumption now is the opposite of what it was previously; family cases can be reported with details of the parties and what they are fighting about. Journalists and bloggers are also to have access to certain documents in the proceedings and the president’s preliminary view is that these should include position statements and witness statements. Those parties, however, can apply for a ‘reporting restriction order’ or alternatively an anonymisation order.

Sir Andrew’s report is clear that journalists should now be able to widely report publicly on what they see and hear but to ‘maintain both the anonymity of the children and family members who are before the court, and confidentiality with respect to intimate details of their private lives’. Judges are to publish at least 10% of their judgments (anonymised) each year, which may have been higher if it were not for the considerable restraints on judicial time. All good so far.

Alongside the president’s work, the lead judges in the Financial Remedies Court (FRC), Mostyn J and HHJ Hess, undertook a review of enhancing transparency in financial remedy proceedings. Their Consultation on a Proposal for a Standard Reporting Permission Order in Financial Remedy Proceedings was launched in October 2021 and closed one month later. They too suggest that the current system, where journalists may attend hearings but report little of what they observe, is against the principle of open justice, and that accredited journalists should now be able to attend and report publicly on cases, with rules in place to again maintain privacy. A draft Reporting Permission Order is provided as part of the consultation document and would be reviewed at the first appointment. While evidence given under compulsion such as Form E, Replies to Questionnaire and expert evidence cannot be disclosed, the disclosure of position statements and witness statements, as Sir Andrew anticipates, would need redaction to satisfy the proviso in the consultation document that only a broad description of the types of assets, liabilities, income and other resources of the parties are given. A similar broad description of the open proposals of the parties giving only the monetary value of the proposals and without identifying actual items is also expected to be allowed. 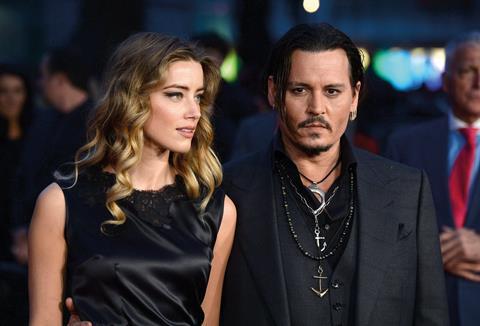 The result of the consultation is yet to be published. However, shortly after the consultation was announced, the decision of Mostyn J in BT v CU [2021] was published, warning that his default permission will be to publish financial remedy judgments without anonymisation, save for protecting the identities of children. The case of A v M [2021] followed soon after, repeating his view that there is no basis in law for such judgments not to be published in full and without anonymisation. In both cases he agreed to anonymise the judgments as the proceedings were already under way when the sea change of transparency arrived.

While respecting Mostyn J’s interpretation of the Administration of Justice Act, many consider this a step too far, as highlighted in the subsequent case of Gallagher v Gallagher [2022]. The husband applied for a Reporting Restriction Order (RRO), alternatively an ‘anonymity order’ on various grounds. Mostyn J elaborated on his view that financial remedy proceedings and the interpretation of rule 27.10 is that these proceedings are private but the facts are not secret. He referred to ‘desert island syndrome’, the claim that as the family courts have always conducted family proceedings in this way that they must continue to be so conducted. Mostyn J agreed that an RRO would be made to prevent the naming of the children, publication of their photographs and the schools they attended. An RRO was also made to protect the husband from serious unfairness or jeopardy commercially.

However well-intentioned on the part of the judiciary, greater opening up by the courts on the premise of open justice can result in the significant erosion of the rights of the parties, without clear safeguards. Already, while Sir Andrew’s report assured privacy for the individuals concerned, that privacy has already been sacrificed in Gallagher. While the new open justice approach may encourage more parties to opt for alternative dispute resolution such as private FDRs and arbitration, some clients can just about afford to instruct solicitors and counsel. But the cost of a private adjudicator may be unaffordable for them, forcing them to remain in the state court system where they will wait perhaps a year for a hearing – and then have their personal lives exposed for the public to pore over.

There is an obvious point that it can lead to an effect tantamount to blackmail, that the party who does not want their private family matter aired in public can essentially be forced to agree to something which they otherwise would not, just to avoid their case becoming public. Mostyn J disregarded this point in Gallagher as ‘anecdotal gossip about the motives of some litigants’, but it is a real and live factor which does nothing to advance the public’s understanding of the court’s process or its reasoning.

In the past we have seen supposed transparency arguments in relation to privacy injunctions, which also resulted from significant media pressure, lead to a system in reputation management which largely is not fit for purpose and does not protect what is meant to be a properly protectable legal right. Either someone has a legitimate expectation of privacy or they do not. If, when it comes to the balancing act between open justice and privacy, open justice will likely always prevail, then the courts will be doing a disservice to the people it ought to be protecting.

While some information can be made public without substantially eroding a person’s rights and privacy, it is hard to see why so much of the factual information is required in order for the public to be able to understand the legal process. Or are we intending to move to a US-type system? The recent Johnny Depp v Amber Heard case could soon be the style of the family courts if so. A form of medieval entertainment where a family is the spectacle is a real possibility.

Family law involves different dynamics of utmost sensitivity. It is why family lawyers must have additional and specialist skills than litigators in different specialisms. These bring unquantifiable nuances of incredible value to family litigation which are totally ignored by the new approach.

A final thought: publication of sacred, private information will easily increase the temperature in family proceedings at the precise time that we are finally able to start reducing acrimony with no fault divorce. One party insisting the case remains in the court system and the details of their private lives being publicly available will likely cause remaining tension for the parties long after the lawyers have exited and could also significantly jeopardise co-parenting. It is difficult enough for families to overcome the trauma of relationship breakdown; the new regime may make that an even more difficult process of recovery if members of the public have pored over the very essence of what should be private.