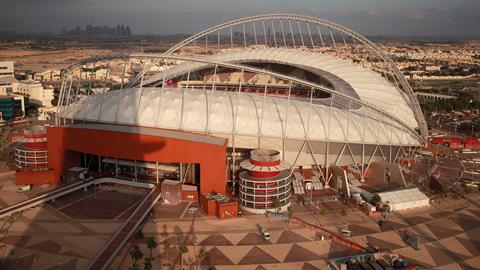 Ugly face of the beautiful game

The 2015 Fédération Internationale de Football Association (FIFA) bribery scandal has all the hallmarks of a Shakespearian melodrama: money, deceit and the meteoric fall of the villain – former FIFA president Sepp Blatter (who has not been charged by US authorities and maintains his innocence of any wrongdoing). A decade on from the initial investigation, the full extent of the fraud is still being unearthed, with new indictments shedding further light on this intricate web of criminality and alleged criminality. The plot centres on ‘rampant… and deep-rooted’ corruption linked to – among other things – awarding the 2018 and 2022 FIFA world cups to Russia and Qatar respectively. The inquiry has resulted in 26 guilty pleas and 42 indictments to date, with new characters being drawn into the tragedy. 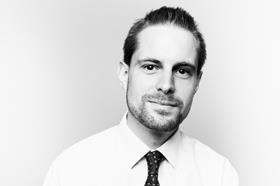 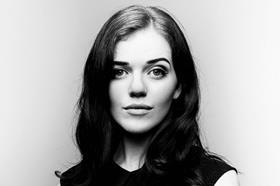 Despite consistently denying these allegations, Russia and Qatar have now been accused by the US of bribing FIFA officials to secure the coveted hosting spots. The April 2020 indictment charged a host of actors, including marketing company Full Play Group SA and former media executives from 21st Century Fox, with crimes including money laundering and wire fraud for their roles in (allegedly dishonestly) securing broadcasting and marketing rights for both world cups. The indictment states that the former presidents of South American governing body Conmebol and the Brazil Federation (Nicolás Leoz and Ricardo Teixeira respectively) received bribes to vote for Qatar. Teixeira denies the allegations and an appeal against FIFA’s determination is currently being considered by the Court of Arbitration for Sport. Leoz died last year. The presidents of Concacaf (the North and Central American and Caribbean governing body) and the Guatemalan Federation were allegedly bribed to cast votes for Russia. Both pleaded guilty at trial. Fox officials Hernan Lopez and Carlos Martinez were named as having paid Conmebol representatives to secure broadcasting rights, allegations which they deny.

Due to the global reach of the wrongdoing, it is plausible that other jurisdictions may soon join in on the action. None would be better placed than the UK, owing to the ambit of our robust anti-corruption and money laundering laws.

An obvious example is section 328 of the Proceeds of Crime Act 2002, whereby it is an offence if a person ‘enters into or becomes concerned in an arrangement which he knows or suspects facilitates (by whatever means) the acquisition, retention, use or control of criminal property’. If the US proceedings render guilty verdicts, which by-proxy would condemn both hosting nations as having acted unlawfully, UK companies who secure the commercial rights to the 2022 games could be accused under English law of the offence of entering into an arrangement that they ‘know’ facilitates criminality. Even while waiting for a US judgment, English law may still be called into play regarding historic arrangements in relation to the 2018 games. There has been serious suspicion regarding the lawfulness of both the Russian and Qatar wins for years. As section 328 simply requires ‘suspicion’ that arrangements facilitate illegality, arrangements entered into for the 2018 cup could also be caught (as would those for the 2022 tournament).

Watching from the sidelines

As the governing body of international football, FIFA has played the Shakespearian antagonist’s role deftly. In light of the barrage of new evidence and mounting charges against its execs, the FIFA’s ethics committee’s decision to clear Russia and Qatar of wrongdoing as a result of its own internal investigation has attracted strong criticism. It is also interesting that despite the global implications of the fraud, the US and Swiss authorities are the only nations to have launched prosecutorial action. However, although the UK has the requisite arsenal of legislative tools, it is perhaps unlikely that any international action will take place while the US leads the charge. In cases where corruption runs deep, our well-resourced friends across the pond may be in a better position to hunt down more avenues of criminality. Nevertheless, we may start to see trickle-down litigation in other jurisdictions in the wake of any convictions in the US proceedings. It will be hard to ignore the potential criminality of interlinked commercial agreements for broadcasting rights et al in the UK, if what they are set to broadcast is deemed to be the result of an unlawfully won World Cup bid.

Additionally, we may not have to wait for a US outcome to get the ball rolling overseas in light of the latest twist in the tale.

In May, Israeli bank Bank Hapoalim BM (BHBM) and its wholly owned subsidiary Hapoalim (Switzerland) Ltd (BHS) entered into a three-year non-prosecution agreement (NPA) for their involvement with the scandal. Both entities admitted to conspiring with marketing executives to launder over $20m worth of bribes linked to FIFA from December 2010 to February 2015, agreeing to pay the Department of Justice over $30m as part of a financial penalty. As these charges are interconnected with the broader issues of the 2018 and 2022 bids, the fact that the NPA has secured an admission of wrongdoing regarding interlinked activities may be enough to engage both the ‘suspicion’ and ‘knowing’ thresholds of section 328, allowing the UK to enter swiftly, stage left.

Whether this happens remains to be seen. In the meantime, let us not forget the words of Claudius in Hamlet: ‘In the corrupted currents of this world, offence’s gilded hand may shove by justice, and oft is seen the wicked prize itself buys out the law.’