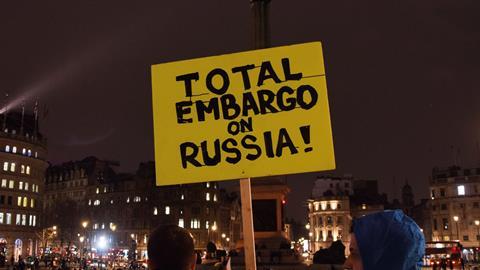 Ukraine and solicitors: even pariahs have rights

The horrendous events unfolding in Ukraine have prompted two main responses from the English legal community. The first is to launch pro bono initiatives aimed at assisting Ukrainian lawyers, refugees and other victims of the war. The second is to terminate retainers with Russian clients and/or apply to come off the record for Russian clients in litigation. Solicitors usually justify this second response by appeals to ‘doing the right thing’, ‘values’ and ‘justice’. These explanations deserve scrutiny because they raise important questions about the rule of law and the professional ethical duties of solicitors during wartime. 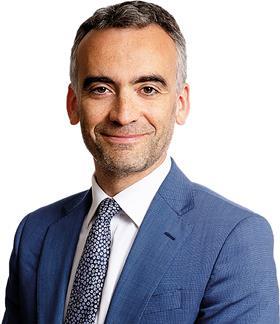 In the early weeks of the war, the Solicitors Regulation Authority was quick to reassure solicitors who wanted to shed their Russian clientele. On 4 March, the regulator wrote that: ‘Many firms … are considering who they feel comfortable acting for. This is highly unlikely to be a regulatory matter … the current situation with the conflict in Ukraine is clearly novel, and whether there is a “good reason” for terminating a client retainer in response will be a matter for the courts to decide, on the individual facts.’

Is the SRA right that the war in Ukraine is ‘clearly novel’? The legal and regulatory questions engaged by acting for clients associated with a war – and thereby tainted by suspicions of immorality or even criminality – are not new. Why are they different from the questions confronted by solicitors acting for Russian clients when Russia invaded and annexed Crimea in 2014? Or when solicitors continue to act for Saudi clients despite that country’s horrifying war in Yemen?

The SRA’s belief that the war in Ukraine is novel – presumably in the sense of being somehow worse than any other war in recent memory – is dangerous territory for a professional regulator. It generates moral exceptionalism within the legal profession; a climate in which solicitors seek to redefine their established ethical obligations and begin to take decisions based on ideologically driven forms of special pleading.

Take the SRA’s position that terminating a client retainer is ‘highly unlikely to be a regulatory matter’ and the implication that solicitors may be right to ask themselves, in the context of a war, whether they feel ‘comfortable’ with their clients. This position is difficult to square with the SRA’s Principles and Code of Conduct.

Principle 1, for example, states that solicitors must always act ‘in a way that upholds the constitutional principle of the rule of law and the proper administration of justice’.

Code of Conduct rule 1.1 is more specific, reminding solicitors not to ‘unfairly discriminate by allowing your personal views to affect your professional relationships and the way in which you provide your services’. If a solicitor terminates a retainer merely because they feel personally ‘uncomfortable’ with a Russian client, this is arguably doing exactly what rule 1.1 prohibits. Acts that potentially breach the very first conduct rule regulating solicitors are self-evidently a regulatory matter.

Indeed, solicitors are co-opting the language of professional regulation (‘doing the right thing’, ‘values’ and ‘justice’) in order to justify their decisions to offload Russian clients. This reflects an increasingly popular view, particularly among junior solicitors, that law firms are (or should be) associated with or reflect their clients, or that clients must share the values of those they instruct. While this might appear to be a principled stance, it is quite the opposite.

First, it means that solicitors assume the role of judges, deciding for themselves the rights and wrongs of their clients’ causes. This sacrifices the presumption of innocence that is a cornerstone of our legal system.

Second, it precipitates a descent into moral subjectivism. Lawyers decide which clients should benefit from or sacrifice the right to representation, simply because their perceived values are (or have become) unpopular or objectionable.

Third, it erodes the principle that solicitors – in the words of the UN Basic Principles on the Role of Lawyers – ‘shall not be identified with their clients or their clients’ causes as a result of discharging their functions’.

All three of these principles underpin the healthy functioning of the rule of law. They were recently affirmed in a judgment in the Commercial Division of the High Court of Justice in the British Virgin Islands. The longstanding solicitors for VTB Bank applied to come off the record in civil proceedings on the basis that (among other matters) it was against their ‘ethics and code of practice to continue to act for a company so closely associated with the Russian state’. In refusing this application, Jack J reflected that: ‘… it is precisely when VTB are stigmatised as a pariah that VTB need the best endeavours of their legal representatives to advise them and to advocate in court on their behalf … Even pariahs have rights.’

Quite so. Faced with egregious breaches of international law by Russia, it is all the more important that English solicitors uphold the rule of law, including by adhering to their professional ethical duties when acting for Russian clients. The war in Ukraine, for all its abhorrence, is not of a nature or magnitude that justifies a novel recalibration of those duties. The rule of law does not sleep during wartime.

Yet some politicians seem to think the opposite. The government has named and shamed ‘amoral’ law firms who have acted for Russian clients, regardless of the context. The criticism is also misconceived: at least one of the law firms named in this article has a distinguished history in acting for clients whose extradition has been sought by the Russian state. This is not only an exercise in abject hypocrisy, given the documented links between Russian money and political life, but an unprincipled encouragement to forfeit the protection of the law.

In the field of financial sanctions, for example, parliament has passed laws that allow lawyers to act for sanctioned persons under a licence that permits payment of reasonable fees and that creates a procedure by which those persons can challenge their designations. To create these laws, but then to demonise lawyers who are willing to act in accordance with them, is profoundly unhealthy for the rule of law.

Of course, the rule of law is far broader than the right to legal representation. The fact that many Russian persons are now trying to find new representation – and there will always be solicitors willing to act for those with money – is hardly the most serious access to justice problem affecting our legal system. Nonetheless, it degrades the rule of law when solicitors, seemingly encouraged by politicians and their regulator, suggest that Russian clients have forfeited their right to participate in litigation merely because their values or their connections to their country render them reprehensible.

This problem is particularly acute when the state has designated Russians as sanctioned persons. De-listing litigation is a vital means of challenging, before an independent court, whether a core part of the government’s response to Russia’s aggression – to stigmatise and freeze the assets of those allegedly associated with the Russian state – is lawful. The history of such challenges, as illustrated by the late former president of Egypt Hosni Mubarak’s 10-year and ultimately successful battle to lift his EU designation, is evidence that countries all too often use sanctions as an unlawful form of econo mic warfare.

The ability to test whether the state is acting arbitrarily is essential to the rule of law – even more so during wartime. Solicitors should be commended rather than denigrated when they continue to represent Russian clients in litigation, or when they continue to act for sanctioned clients. To do so is entirely consistent with their ethical duties.

That said, the SRA is right that a solicitor’s decision to terminate a retainer is ultimately a matter for the courts and that a ‘good reason’ is needed. The common law recognises many such good reasons. For example, a failure to pay bills as agreed; a refusal to disclose material information; being awkward or obstructive; sexual advances and other inappropriate behaviour; and breaches of money laundering requirements. Being personally ‘uncomfortable’ with the client is not one – precisely because a solicitor’s personal views about their clients are (and should remain) secondary to their ethical duty to act independently of them.

To be clear, there is nothing wrong with refusing to accept new instructions from Russian clients or sanctioned persons; solicitors are free to choose whom they represent. But terminating retainers with existing Russian clients or sanctioned persons is problematic, particularly in the context of applying to come off the record in ongoing litigation.

As the VTB Bank case demonstrates, it is all very well to talk about a conflict of values between a solicitor and the client, but if those clients suddenly become pariahs, they do not thereby lose their rights. And when law firms suddenly talk about values, it is right to question whether ‘values’ is an attractive wrapper for what is, at heart, an entirely legitimate but rather less attractive concern: the reputational damage they might suffer from being associated with Russian clients and the associated financial impact if their non-Russian clients decided to take their business elsewhere.

Andrew Smith is a partner at Corker Binning, London