The latest update to the procedural rules for the London Court of International Arbitration (LCIA) has come into force. The LCIA is already the gold standard for international arbitration in London. The last update was in 2014, and the new rules offer extensive new powers, which I suspect have even wider appeal. As in comedy, so in business, the true secret is timing. By releasing an updated and far more muscular set of rules, the LCIA has positioned itself and arbitration in general perfectly. Practitioners are more than aware of the diminished capacity of courts and the struggle to respond appropriately to both Covid-19 and the ongoing needs of clients. Domestic commercial arbitration, already popular in the US, seems poised to step into that breach. 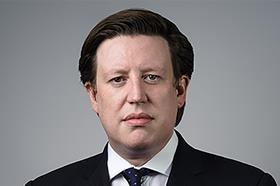 Many of the changes are administrative, but some are striking in how they will position LCIA-based arbitration as a genuine court substitute in the coming months.

The first of the major changes is the creation of tribunal secretaries. The 2020 rules contain a new provision (article 14A), although under no circumstances may the tribunal delegate its decision-making function to that secretary (article 14.8). The tasks which the secretary will perform have to be approved by all parties (article 14.10).

Tribunal secretaries, like court clerks, will surely improve the functionality of LCIA arbitrations and provide reassurance to non-arbitration solicitors that arbitral drag can be actively prevented.

Finally, multi-party, multi-contract arbitration will become possible, addressing a serious perceived weakness between arbitration and the courts. This addresses the decision of A v B [2017] EWHC 3417, where the courts struck down the arbitral request as invalid because of this historic deficiency in the rules.

Under article 22A, tribunals will also have broader powers to order either consolidation or concurrent conduct of arbitrations. There are new powers to also order that two or more arbitrations, under the same or a compatible arbitration agreement, and between the same parties or arising out of the same or a series of related facts, are conducted concurrently. That is provided the same tribunal is constituted in respect of each arbitration.

Similarly, case management powers have been expanded. The 2014 LCIA Arbitration Rules stated that the tribunal has ‘the widest discretion to discharge [its] general duties’ and that ‘the Arbitral Tribunal may, subject to the LCIA rules, make any procedural order it considers appropriate with regard to the fair, efficient and expeditious conduct of the arbitration’.

The new articles 14.5 and 14.6 clarify what this ‘widest discretion’ entails in terms of procedure. It includes shortening timescales, limiting the written and oral testimony of any witness, restricting pleadings, determining a particular issue early in the arbitration and adopting technology. These are tools which commercial litigators using the CPR are used to wielding and all significantly boost the attractiveness of LCIA arbitration.

It is important also to note that these wide powers will enable a bespoke expedited procedure if required. That allows anyone thinking of using arbitration proceedings as a way of circumventing busy courts an attractive incentive for clients.

Similarly, article 9A provides for ‘… expedited formation of the Arbitral Tribunal’, a procedure which applies ‘… in case of exceptional urgency’. The ‘LCIA court may set or abridge any period of time under the arbitration agreement or other agreement of the parties (pursuant to article 22.5)’.

One of the most glaring differences between litigation and arbitration has been the limitations on strike-out or specific issue determination. The 2020 rules now have explicit provisions dealing with early dismissal determination. Article 22.1(viii) confirms the power of a tribunal ‘… to determine that any claim, defence, counterclaim, cross-claim, defence to counterclaim or defence to cross-claim is manifestly outside the jurisdiction of the Arbitral Tribunal, or is inadmissible or manifestly without merit; and where appropriate to issue an order or award to that effect (an early determination)’.

It is clear to see how frustrated litigators, fobbed off by court delay, may now see an attractive alternative.

Those tempted will also find the new 2020 rules address many practical concerns. Fitting for the ‘new normal’, the rules have been expressly updated in various places to permit the conduct of virtual procedural conferences and hearings (articles 9.7; 14.3; 16.3; 19.2).

The rules contain a new provision which explicitly addresses data protection considerations and information security measures (article 30A). The tribunal is required at an early stage to consider whether to adopt specific information security measures and measures to ensure that any personal information exchanged during the arbitration complies with the applicable data protection. The tribunal (and the LCIA) may now issue directions addressing these measures, which will be binding on the parties (and the tribunal).

The 2020 revisions of the LCIA rules are extensive and will be welcomed by international arbitration practitioners. Many of the complaints and niggles we have had are ironed out and LCIA is here cementing the power and attractiveness of London as a forum. But the timing could not be better, with a High Court that is battered and beleaguered by a virus challenge that compounds existing structural issues and leaves lay clients angry and dejected. In that world it seems striking that the LCIA will be a very attractive option for large swathes of domestic commercial litigation.

Steven Barrett is a barrister at Radcliffe Chambers