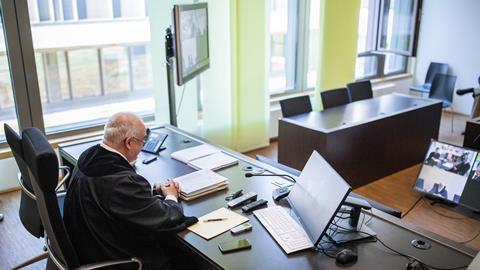 More than a year into the Covid-19 pandemic, video hearings remain an issue for German courts and practitioners. Video hearings have kept many courts functioning during this time. But to what extent have they been used in Germany and what practical obstacles to their use remain? 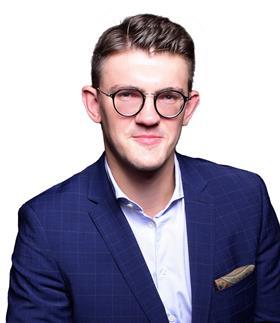 Even though the pandemic is easing in Germany (for now), international travel restrictions remain, impacting proceedings before its courts. Therefore, it is worth examining how the courts have approached section 128a of the German Code of Civil Procedure (ZPO), which regulates video hearings.

The biggest obstacle to holding oral hearings via video conference, besides the need for specialised equipment in courts, is the scepticism of judges. An evaluation of more than 3,000 cases of the Volkswagen emissions scandal (Dieselgate) shows that Landgerichte (regional courts) and Oberlandesgerichte (higher regional courts) rejected 48.8% of requests to hold video hearings. In 38.75% of rejections, courts argued that they did not have the necessary technology. Of the remaining cases, no reasons were given or judges argued that courtrooms were not large enough, that the outcome of the pandemic was to be awaited, or that video hearings would be inappropriate.

These results are remarkable as Dieselgate cases seem destined for video hearings, as they usually cover similar topics, are short and involve few participants. However, it seems that video hearings have become popular in highly complex proceedings, such as patent infringement and validity proceedings, where the parties, often foreign companies, are represented by several attorneys-at-law and patent attorneys. However, internationality and procedural complexity still create practical issues.

German legal literature is split on whether participants from outside Germany, including plaintiffs and defendants and expert witnesses, should be allowed to join hearings via video conferencing. The majority of legal literature argues against both active and passive participation from outside Germany, the main argument being that allowing participants from abroad to attend virtually interferes with the sovereignty of the participants’ countries of residence.

By contrast, judges tend to argue that the location of video hearings remains in the courtroom and there is no interference with national sovereignty. For example, in a recent interview, Dr Hartmut Rensen, a judge of the 10th Civil Senate at the Bundesgerichtshof (Federal Court of Justice), which is primarily responsible for patent nullity appeals proceedings, stated that his Senate regularly holds video hearings that allow participants to join by video from abroad. However, in these cases, the court limits participation from abroad to passive attendance, meaning such participants cannot be questioned as witnesses.

While questioning a participant residing abroad during a German video hearing extends the sovereign impact of the German court to the respective country, passive participation arguably has no impact and can even enable participation in a hearing otherwise deemed impossible, thereby expanding the scope of the rights of the participant. As a result, video conference hearings are not considered for cases that rely on witness statements. However, for cases where the facts are clear or can be proven without experts who reside abroad, they have helped tackle, or even avoid, backlogs during the pandemic.

Following the Bundesgerichtshof’s approach, courts of first instance, such as Munich’s Landgerichte have allowed (or even insisted on) video hearings in proceedings with foreign (passive) participants.

Can a court force parties to attend video hearings?

In Germany, judges do not have the remedies to force parties to (partly) participate via video conference. The parties and their counsel can always attend hearings in person, despite what the court orders. Nevertheless, if a party or its representatives indicate that they will attend a hearing in person, the court can postpone it to reduce the risk of Covid-19 infection.

A plaintiff would not risk ‘losing’ the date for an oral hearing due to being unwilling to participate by video. Particularly in big and complex proceedings, such as patent infringement cases, there are few free hearing dates available due to tight schedules, with dates set at least one year in advance. Therefore, if the court prefers to hold a video hearing most parties will likely agree, especially when time is of essence.

After more than a year of the pandemic stress testing the already limited capacities of Germany’s courts, it can be said that section 128a ZPO has supported courts in continuing their work and ensuring access to justice, despite potential obstacles. This is despite there being (so far unused) potential to make more frequent use of this opportunity. It is possible that German courts might allow foreign parties to attend hearings without having to set foot in a German courtroom after Covid-19, thereby reducing travel expenses.