We need a Housing Court

The private rented sector is changing as an increasing number of people rely on it for long-term accommodation. As it expands to meet demand there need to be improvements in access to justice for landlords and tenants. This is recognised by the secretary of state for housing (as Sajid Javid MP is now called). He has expressed interest in the Residential Landlords Association’s (RLA) recommendation that a specialist Housing Court should be established.

Evidence of the changing nature of the sector comes in the most recent English Housing Survey, which found that 38% of private rented households had within them at least one dependent child. There have been almost a million new households with children between 2006/07 and 2016/17. This group, along with the growing number of older tenants, want greater security than younger and more mobile renters who have traditionally dominated the sector.  Contrary to what some people claim, landlords are generally happy, in principle, to offer longer-term tenancies. A churn of short-term tenants creates greater risk, is time- consuming, can lead to void periods, and costs money in increased letting agent fees. For tenants, the evidence suggests an additional benefit of a longer tenancy is that they have fewer rent rises.

A key disincentive for landlords is that when something goes seriously wrong, such as a tenant falling into serious rent arrears, neglecting the property, or engaging in anti-social behaviour, they have to resort to the courts to take action. This costs an increasing amount (court fees alone have risen to £355 from just £150 a few years ago) but is also increasingly delayed, with a possession case taking an average of 42 weeks to complete. For a landlord in receipt of nothing in rent, still with a mortgage to pay and obligated to maintain the property, this is an unsustainable cost and delay.

For tenants, when their landlord defaults on their repairing obligations or harasses them, taking a landlord to court can also be an intimidating, costly and time-consuming process.

Reform is needed if tenants are to be able to take full advantage of their existing rights as well as the new ones promised by the Homes (Fitness for Human Habitation and Liability for Housing Standards) Bill, which radically increases tenants’ right to demand a home that is fit for human habitation.

The answer is to establish a dedicated Housing Court. We therefore welcomed the secretary of state taking  up the idea last year when he declared that ministers would ‘consult with the judiciary on a new, specialist, Housing Court, so that we can get faster, more effective, justice’.

As ministers work on what a court might look like, we are calling for them to build on the excellent work of the existing First-tier Tribunal (Property Chamber), rather than trying to invent a completely new entity. Such an approach would have numerous advantages.

First, it would be able to capitalise on the large number of cases decided on paper by the tribunal. This would make the process much swifter and easier to access for tenants and landlords, reducing the stress on unrepresented parties facing a court. This could be further supported by drawing upon the tribunal’s existing, effective mediation practice to resolve more disputes amicably without the need for adversarial proceedings. The tribunal also operates in a more informal style, which is easier for unrepresented parties to access. 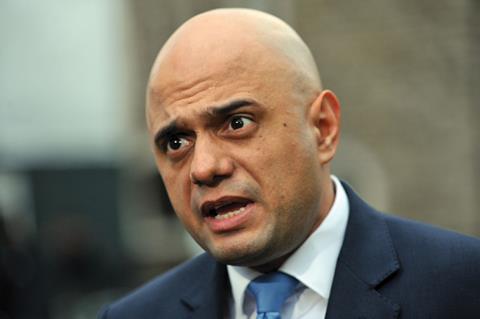 Second, it could prove to be more cost-effective. Using the tribunal’s existing in-house surveyors and environmental health experts to assess the condition of properties would reduce the need for external experts. Furthermore, the tribunal currently tends to strictly limit legal costs, although we recognise this may need to change slightly to ensure legal advisers are available for those who need them. Nevertheless, it would be advantageous to all concerned if the current cost-limited model were retained.

Third, the tribunal has proved efficient and would easily integrate with, and take full advantage of, new online courts. Most paperwork and case management could be dealt with electronically, freeing resources to assist those parties who are less able to use electronic systems.

Fourth, the tribunal often holds hearings in local public buildings, such as schools and community centres, combating the difficulties caused by the closure of court buildings and bringing justice directly to those who need it.

In designing the new court it will be crucial for the government to make clear the scope of its jurisdiction. With many matters related to private rented residential property often straddling different courts and tribunals, the RLA believes a Housing Court provides an opportunity to address some of the current over-complexity in the system.

We suggest that, building on the existing responsibilities of the property tribunal, the following areas of jurisdiction should be added to its remit:

For too long, debate surrounding private rented housing has focused on a perceived need for more regulation to protect tenants.  With over 140 acts of parliament and more than 400 regulations affecting the sector, it is not simply the case that we need more law. Rather, with councils under considerable financial constraints, tenants and good landlords are being let down by a lack of effective enforcement to root out the criminals.

A new Housing Court, while not in itself a panacea, would go a long way to addressing this problem. The Scottish government has already moved in this direction by expanding its Private Rented Housing Panel into the First-tier Tribunal for Scotland (Housing and Property Chamber) with a full range of powers to deal with property disrepair and possession matters. We urge ministers to work with all relevant organisations in the sector to establish the court as swiftly as possible.

David Smith is policy director for the Residential Landlords Association and a partner at Anthony Gold. The RLA tweets @RLA_News.