What stays in the boardroom?

The Court of Appeal last year handed down another significant judgment on privilege in WH Holding Ltd & Anor v E20 Stadium LLP [2018] EWCA Civ 2652. It provided guidance on the scope of litigation privilege, confirming that it does not extend to purely commercial emails sent between members of a company’s board to discuss proposals for the settlement of a dispute. It also discusses the court’s approach to applications for inspection where a claim for privilege is challenged, suggesting the court may adopt a more liberal stance. 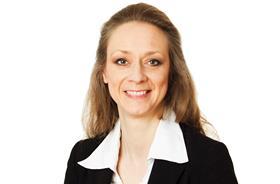 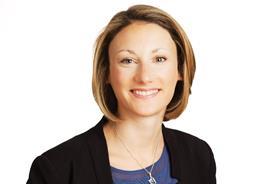 The dispute concerned the number of seats in the London Stadium (of which the defendant E20 was landlord) that West Ham Football Club was contractually entitled to use. Shortly before trial, West Ham challenged the application of privilege by E20 to disclosed documents and asked the court to inspect a number of documents as examples of redacted disclosure over which privilege had been asserted. These included six emails between members of E20’s board and the board and stakeholders. E20 claimed the emails were privileged on the basis they had been composed for the dominant purpose of discussing a commercial proposal for settling the dispute when litigation was in reasonable prospect. E20 also made the bold assertion (relying on Mayor and Corporation of Bristol v Cox (1884) 26 Ch D 678) that in any event all internal communications within a corporate body were privileged.

At first instance, Norris J dismissed West Ham’s application. Relying on SFO v Eurasian Natural Resources Corporation Ltd [2018] EWCA (Civ) 2006, he held that formulating and proposing the settlement of litigation that was either in existence or in reasonable contemplation fell within ‘conducting litigation’, thus the emails were privileged. There was no requirement that the emails sought advice or information in relation to the conduct of litigation. As to inspection, Norris J held that where a claim to privilege was challenged, the court could only inspect documents if it were ‘reasonably certain’ that the party claiming privilege had misrepresented, erroneously represented or misconceived their character (West London Pipeline and Storage Ltd v Total UK [2008] 2 CLC 258  relied upon). West Ham appealed.

The key issues before the court were: i) whether the scope of litigation privilege extended to documents which concerned the settlement or avoidance of litigation but that neither sought advice nor information for the purpose of conducting litigation; and ii) the proper approach the court should take to applications for inspection where a claim to privilege is challenged.

The court referred to Lord Carswell’s authoritative statement on the scope of litigation privilege in Three Rivers (No 6) [2006] UKHL 48, that ‘communications between parties or their solicitors and third parties for the purpose of obtaining information or advice in connection with existing or contemplated litigation are privileged, but only when the following conditions are satisfied: (a) litigation must be in progress or in contemplation; (b) the communications must have been made for the sole or dominant purpose of conducting that litigation; (c) the litigation must be adversarial, not investigative or inquisitorial (emphasis added)’.

The Appeal Court said the fallacy in E20’s argument was to treat sub-paragraph (b) as an extension to the general proposition that litigation privilege covers communications for the purpose of obtaining information or advice. On the contrary, it was a restriction.

The court also rejected E20’s argument that internal communications were protected, saying Bristol v Cox was wrong on that point and should be overruled. The court could not see any justification for covering all internal corporate communications with a blanket of litigation privilege. To do so would afford corporations greater protection than partners, bodies of trustees or agents. The court did, however, accept that litigation privilege would attach to a document in which advice or information obtained for the dominant purpose of conducting litigation ‘cannot be disentangled’ or a document which would ‘otherwise reveal the nature of such advice or information’.

The Court of Appeal said Norris J had been wrong at first instance to limit the court’s discretion and apply the test of ‘reasonable certainty’ when approaching the question of whether to inspect disputed documents. However, it warned that the court should be cautious in looking at documents out of context and should exercise its discretion in accordance with the overriding objective. Among other factors, it explained that the nature of the privilege claimed, the number of documents being disputed and their potential relevance to the issues should be taken into consideration.

Although the judgment signposts the court’s approach to such applications, the emphasis for judicial caution suggests parties should not expect judges to rush to grant inspection.

The judgment reflects the general reluctance of the court to extend the scope of privilege. It is also a cautionary reminder to companies to remain vigilant regarding the nature of internal communications. Extra care should be taken with regard to board minutes. This could be difficult as there may be many communications which discuss avoiding or settling litigation but do not seek information or advice. We may well therefore start to see legal advice becoming intentionally ‘entangled’ within internal communications as a workaround to ensure the test is satisfied.