What we learned from taking the ‘super-exam’

Almost two years after the announcement that the Solicitors Regulation Authority would be implementing a new qualification process for solicitors in England and Wales, the chosen assessment provider Kaplan recently completed the first pilot of the first stage of the Solicitors Qualifying Examination. We were among about 50 candidates who sat the SQE from 20-22 March in Islington, London, one of 42 test centres across the country carrying out the pilot. 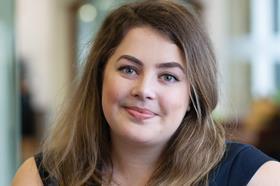 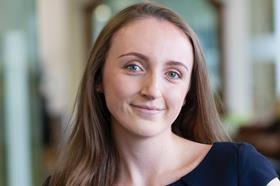 Our impression was generally positive, but we do wonder if the scheme has really been thought through. The aim of the SQE is to open up the profession to more diverse candidates without sacrificing quality. But from what we could see, the exam favours graduates of the existing system of legal instruction and is likely to attract more of the same types of candidate.

We both completed our degrees at Lancaster University last June, but have not started the Legal Practice Course. We have been working in personal injury. Obviously, the broad range of topics covered made the exams challenging. No materials were provided to assist with revision, although this is something Kaplan will no doubt wish to offer for sale once the exam format beds down. We only learned that we had been accepted to sit the exams in late January, so we had less than two months to revise. This was demanding, given we work full-time. We both felt that if we had been given enough time to revise, we would have been able to answer the questions relatively easily and without much study beyond what we had learned at university.

We were struck by the fact that most of the other candidates at the pilot to whom we spoke were current LPC students. They had sat law school exams on the same subjects just the week before. They told us that their LPC providers had sent them all an email urging them to apply, and many did so because the £300 payment offered by the SRA for taking three days of exams was ‘easy money’.

As alluded to above, the raison d’etre of the SQE is that the SRA wants to ‘widen access to the profession and make sure that it is diverse and representative’. It is ironic that the candidates chosen for the pilot are from the same cohort of students who can already advance their legal careers through the existing education pathways.

We will not be surprised if the exam results ‘prove’ the candidates can attain good results on the SQE stage 1 exams. But much criticism has been levelled at the use of multiple choice questions, on the grounds they do not require candidates to show  an adequate range of knowledge and skills.

Given our ability to answer the questions using only our degree knowledge and some second-hand, outdated LPC textbooks, we feel the criticisms are justified.

The SRA plans to phase out the LPC system, with its greater reliance on essay exams, by 2033. So how can the performance of LPC students be used to validate an exam intended to demonstrate the LPC is unnecessary? How could ‘good results’ from this pilot bolster any conclusion other than that the current LPC is fit for purpose? This is the same conclusion reached by the Legal Education and Training Review committee, which reviewed legal education just four years before the SRA’s decision to introduce the SQE. Yet still the SRA is determined to change the system.

It is not yet known when the results of the pilot will be released, or how much information will be given about the diversity of candidates and their feedback on the rigour and value of the exam. It would not surprise us, however, if the organisers report a rousing vote of confidence in the SQE. This resolutely positive approach has a considerable pedigree. The ‘Delphi Group’, composed of eight experts in developing professional competence frameworks who reviewed the SRA’s first paper on reforming solicitors’ qualifications, claimed that the SRA had ‘misunderstood or misrepresented their views’ in a way that favoured the emerging SQE system. Then there were repeated criticisms of how the SRA interpreted the responses to the three consultations that followed – each time the SRA endorsed the viability of the SQE and phasing out the LPC.

We do not think we will have to score top marks on the SQE section covering ‘the Legal System of England and Wales’ to reasonably anticipate that the SRA will judge this new pilot exam a success.