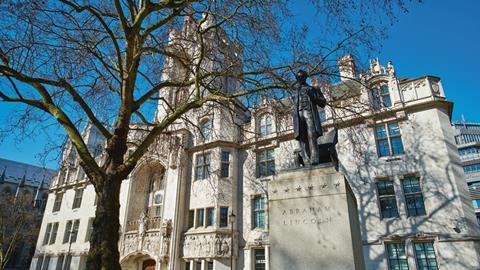 When loans become assets to freeze

The effect of a recent judgment on freezing orders is far-reaching for clients and lawyers.

Few litigation practitioners will have failed to take note of the long-running JSC BTA Bank v Ablyazov dispute that has been in the courts for nearly six years.

The bank alleged that it was defrauded by Ablyazov of c.$6bn and began a stream of hard-fought litigation against him to recover it, involving various jurisdictions around the world. However, the litigation may have produced one of its final judgments – albeit because Ablyazov is in a French prison without English representation, rather than because all of the legal issues have been resolved.

The Supreme Court has handed down judgment on the funding application, a piece of satellite litigation regarding the construction of the freezing order at the heart of the dispute, and specifically the clauses relating to the assets covered by the order.

Ablyazov’s assets were frozen and under the control of receivers, so he funded his lifestyle and lawyers via loan agreements from third parties. The bank sought to challenge these arrangements claiming the monies should fall within the terms of the freezing order. The order against Ablyazov contained the following wording at paragraph 5 (which is almost identical to the current Commercial Court wording):

‘Paragraph 4 applies to all the respondents’ assets whether or not they are in their own name and whether they are solely or jointly owned and whether or not the respondent asserts a beneficial interest in them. For the purpose of this Order the respondents’ assets include any asset which they have power, directly or indirectly, to dispose of, or deal with as if it were their own. The respondents are to be regarded as having such power if a third party holds or controls the assets in accordance with their direct or indirect instructions.’ (emphasis added)

The High Court and the Court of Appeal both ruled in Ablyazov’s favour. The Supreme Court then considered and determined the following three questions:

1. Whether Ablyazov’s right to draw down under certain loan agreements is an ‘asset’ within the meaning of the Freezing Order.

Although rights under loan agreements are, as a matter of law, ‘assets’, earlier cases have held that such rights are not deemed as ‘assets’ covered by the standard form of freezing order, as they do not form part of the fund that a claimant might enforce any judgment against. The Supreme Court refused to depart from this settled position and determined that the right to draw down the loan was not an asset within the meaning of the freezing order, if it was construed without reference to the extended definition in the second sentence of paragraph 5.

2. Whether the exercise of that right by directing the lender to pay the sum to a third party constitutes ‘disposing of’, ‘dealing with’ or ‘diminishing the value’ of an ‘asset’.

3. Whether the proceeds of the loan agreements were ‘assets’ within the meaning of the extended definition in paragraph 5 of the Freezing Order on the basis that Ablyazov had power ‘directly or indirectly to dispose of, or deal with [the proceeds] as if they were his own’.

On this point, the Supreme Court allowed the appeal and determined that the proceeds of the loans were assets, within the terms of this particular freezing order. This is because Ablyazov had the power to direct his lender to pay money under the loan.  In doing so, Ablyazov was dealing with the lender’s assets as if they were his own and therefore they were caught under the wording in this injunction.

When drawing out points of principle in any of the decisions within the Ablyazov litigation, one has to bear in mind the court’s approach to a defendant who is a serial contemnor. This might explain why, on the face of it, the judgment contains a contradiction between the court upholding Ablyazov’s rights to enter into a loan agreement, but finding that the loan proceeds are assets caught by the freezing order.

That said, the judgment gives useful guidance on the construction of freezing orders and reminds practitioners of two fundamental principles.

Firstly, an injunction must be certain because of its draconian effect. The wording must be clear and unequivocal, and will be strictly construed in favour of a defendant.  Accordingly, the meaning of a freezing order will not depend on a defendant’s conduct, and legal analysis will not be stretched in interpreting the provisions.

Secondly, the purpose of freezing orders is not to provide a claimant with security for its claim or to maintain the ratio of the respondent’s assets to its liabilities – rather it is to prevent dissipation of assets.

There are four implications from the decision:

Naomi Simpson is a managing associate at Mishcon de Reya