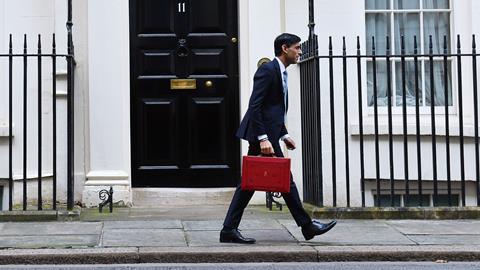 When the levy breaks

Rishi Sunak’s budget already seems a world away and many of his measures will now take some time to come to fruition, or possibly be abandoned altogether. Doubtless many in the legal profession will wish the latter fate on the anti-money laundering (AML) levy – the idea of charging a fee to law firms and others that operate in the regulated sector for the purposes of the Proceeds of Crime Act 2002 to help fund the fight against financial crime. As one of the few measures aimed at raising revenue for an already badly underfunded area of state activity – albeit one with SMEs in its sights – it seems prudent to consider its planned consultation to be just around the corner. When it appears, there are major questions to be answered about the principle and the detail. 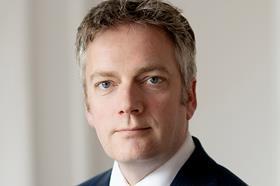 The first fundamental question is why businesses in the regulated sector rather than the state should have to fund the fight against financial crime. The context is that these businesses are the gatekeepers to a financial and economic system open to abuse by money launderers and terrorist financiers, which are therefore asked to adopt measures to detect and disrupt their activities, such as making suspicious activity reports (SARs) to the National Crime Agency (NCA).

The core members of the sector remain banks and other financial institutions, which submit the vast majority of SARs. Alongside them are the designated non-financial professional bodies, which include solicitors, when dealing with commercial or property transactions, and now some art market participants, cryptoasset businesses and letting agents.

The system, then, is already one in which private businesses are obliged to conduct unpaid work – for many, a significant overhead – to help deal with the problem of financial crime. By any reasonable analysis, that is a problem whose impact is felt by society as a whole and for which the state must ultimately take responsibility, although doubtless it is fair for the private sector to be asked to play a part. It is also a problem for which no one could reasonably accuse the regulated sector of being to blame (although the NCA has been known to accuse designated bodies – particularly solicitors – of reporting too infrequently, on the basis of evidence both anecdotal and largely undisclosed).

What, then, would be the argument for making the sector responsible for further costs? One potential analogy might be the Financial Conduct Authority, which regulates banks and other financial institutions and is funded by them rather than the state. Some designated bodies are subject to supervision by independent professional regulators, such as the Solicitors Regulation Authority, which are similarly funded on a membership basis. In both cases, monitoring compliance with AML requirements and taking enforcement action where they are said to have been breached are certainly among the functions those bodies undertake and that regulated businesses are obliged to fund.

But the principle there is that the bodies exist to protect the reputations of their members and the public’s confidence in them, which in appropriate cases can include enforcement action against the few that give the rest a bad name. On that basis it would be hard to justify, say, a levy on law firms that would help fund the general activities of the NCA.

These fundamental questions also feed into the detail of how the levy would operate. The obvious mechanism, given that all such businesses have to be registered, is to impose a fee for that registration and to require it to be renewed (again for a fee), on (for example) an annual basis. That, however, begs an immediate question about the impact of non-payment, and whether it would turn an otherwise lawful business into a criminal one for not having a valid registration.

The next question is how to spread the levy among the businesses concerned. A flat fee per business would surely be unfair, placing the same burden on a struggling sole practitioner as, say, Barclays, to help tackle financial crime. A fee calculated by reference to a firm’s turnover, or its profits, might be fairer. But this would raise a further question for those businesses that conduct some work in the regulated sector and some outside it, such as law firms that primarily do advisory work with perhaps the occasional conveyancing instruction. And while it would clearly risk perverse incentives to set a fee according to the number of SARs submitted (or, worse, some notional idea of the mismatch between number submitted and number expected), to ignore the major difference in firms’ risk profiles – between, say, a high-street conveyancer that eschewed any ‘risky business’ and a boutique London firm that actively courted politically exposed persons and oligarchs – would surely also risk injustice.

It may transpire that these problems have all been anticipated. Sunak’s announcement may turn out to be underpinned by a fully thought-out set of options on which we will all have the opportunity to comment. But if not, this particular proposal may have already earned its place in the tray of papers on his desk, doubtless already large and growing, that merit the label ‘too difficult’.

John Binns is a partner in the financial crime group at BCL Solicitors, London