Where are we now?

In times of uncertainty, retaining an element of discretion as to how a party exercises its contractual rights and meets its obligations can serve parties well. The utility of the provision is called into question if the law is in such a state of flux that there is no certainty regarding its parameters. 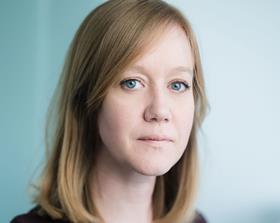 In Braganza v BP Shipping Ltd and another  [2015], the Supreme Court put the spotlight on the limits to be applied to contractual discretion. It confirmed that, in order to curb abuse, where contractual terms give one party the power to i) exercise a discretion, or ii) form an opinion as to relevant facts, the decision must not be exercised in a way which is arbitrary, capricious or irrational. Such terms are to be distinguished from a simple decision whether or not to exercise an absolute contractual right. Assessment is by reference to the test used in judicial review of the decision of a public body – the Wednesbury unreasonableness test. The test allows the court to overturn the conclusion reached by a decision-maker where:

At least in the unique circumstances of Braganza, the implied limitations included both limbs of the Wednesbury formulation. Before this, cases typically focused on the outcome limb.

The discretion related to a finding of suicide which would have the effect of depriving an employee’s widow of death-in-service benefits pursuant to the terms of his employment contract. The majority differentiated the employment context as a special category which justifies the more intense scrutiny of an employer’s decision save where the type of decision does not allow. The relational nature of employment contracts, the implied duty of trust and confidence and the heightened conflict from imbalance of power were relevant factors.

The question of the application of limitations, and how they may differ from the Wednesbury formulation, outside the employment context was left open.

This article examines three cases over the last three years outside the employment context. Broadly, the pattern they follow is to examine: i) whether the clause in question confers a discretion; and, if it does, ii) whether both limbs are applicable and, if so, was there a proper exercise of discretion applying the specific facts of the case.

In Watson v Watchfinder.co.uk Ltd commercial parties had agreed a share option as part of the fee payable for services and introductions to potential investors. The option provided that it ‘may only be exercised with the consent of the majority of the board of directors’. The court decided that the company’s right of veto was discretionary, not absolute as this would wholly undermine its purpose to put the option-holder in a better position than an ordinary investor. The ‘clear potential conflict of interest’ of the board’s shareholders, whose interests would be diluted, necessitated the implication of the ‘Braganza duty’. The court found that there had not been a proper exercise of discretion considering both process and outcome. It determined the precise formulation of what the defendants should have taken into account (‘the target’), being whether the claimants had made a real or significant contribution to the progress and growth of the defendant.

In UBS AG v Rose Capital Ventures Ltd , a mortgagee’s ‘absolute discretion’ to require repayment of a loan on three months’ notice was not limited by the Braganza duty. The court stressed that not every contractual discretion would be. The nature of the contract, which amended UBS’ standard terms to remove any trigger event to call in the loan, and relative equality of bargaining power clearly influenced the court. The court observed that a unilateral right to act in a particular way, such as a right to terminate a contract without cause, is less likely to be impliedly fettered. However, this must be counterbalanced against a clear statement that the balance of power, often a moot point, is a key factor to be taken into account.

Dymoke v Association for Dance Movement concerned the exercise of a discretion as to sanction for breach of an ethics code relating to members of a company limited by guarantee. The focus of the dispute was the procedure adopted, rather than the substance of whether there were conflicts of the kind alleged to justify termination. The court implied a term that the member would be treated fairly in relation to her termination; in particular that she would be informed of the complaints or concerns in sufficient detail and be given a reasonable opportunity to respond as to their substance and whether the sanction was justified. The decision to terminate was irrational as it was not subject to any process of reasoning. This throws some doubt on the simplicity of the statement in UBS regarding without-cause terminations, which may still be capable of invalidation on the basis that the decision-maker has not followed a fair process.

Current law creates commercial uncertainty. Terms, context and the nature of the decision taken are key considerations without precise parameters. The lawfulness of any exercise of a discretion is likely to be a significant weapon in the arsenal of a dissatisfied party. The following considerations may be borne in mind: