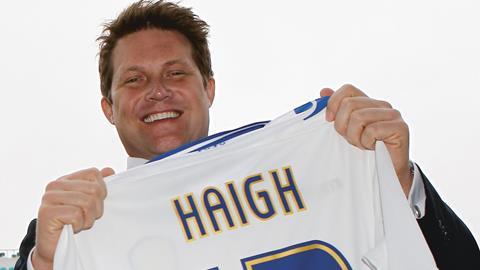 Where next for private prosecutions?

The rise in private prosecutions shows no signs of abating. The resource pressures faced by state agencies mean this is unlikely to change soon, particularly when private prosecutors, even if unsuccessful, can potentially recover costs from central funds. In this context, the conduct of litigation by private prosecutors and their underlying motivation have been under increasing scrutiny by the courts. Most recently (in Haigh v Westminster Magistrates’ Court [2017] EWHC 232 (Admin)), the Divisional Court upheld a substantial wasted costs award following an abandoned private prosecution, providing a salutary lesson of the risks for private prosecutors who fail to discharge the high standards the law expects.

In 2015 David Haigh, the former managing director of Leeds United, laid an information before Westminster Magistrates’ Court. He sought warrants, or alternatively summonses, against two senior executives from his former employer, GFH Capital, a Dubai-based finance house. He later expanded the prosecution to include Peter Gray, a solicitor who had acted for GFH. Haigh claimed he had been lured to Dubai under a false pretext, so he could be arrested for a multi-million-pound fraud against GFH, and pressured to settle a related civil claim – conduct which he characterised as fraud and human trafficking. Strikingly, Haigh started the proceedings from jail in Dubai, awaiting trial for the fraud against GFH (he was subsequently convicted). He was, however, represented by solicitors and leading and junior counsel throughout.

The application came before District Judge Ikram in a fully contested hearing, after Haigh was ordered to put the respondents on notice. Haigh argued that the issue of summonses was necessary not only to bring the allegations to trial, but to secure his own immediate release from custody by exerting pressure on the respondents, who were the complainants in the Dubai case. However, after Ikram DJ gave a negative preliminary indication, Haigh decided he would take the matter up with law enforcement instead. The application was ultimately dismissed.

All the respondents applied for the substantial costs of contesting the proceedings. The basis for their application was section 19 of the Prosecution of Offences Act 1985, which provides that the court may make an order for costs where ‘it is satisfied that one party to criminal proceedings has incurred costs as a result of an unnecessary or improper act or omission by, or on behalf of, another party to the proceedings’.

Perhaps unsurprisingly, Ikram DJ was of the ‘clear view’ that in circumstances where Haigh had issued the application from a prison cell abroad, before abandoning it only to approach the authorities after all, he was responsible for an unnecessary or improper act within the meaning of section 19. He ordered that Haigh pay the respondents’ costs in full.

Haigh challenged the decision by judicial review. His principal grounds were that the judge had erred in finding that the withdrawal of the proceedings amounted to an ‘unnecessary or improper act’, or, alternatively, had not conducted a sufficiently rigorous assessment of the costs.

Giving judgment, Lord Justice Gross dismissed Haigh’s challenge to the finding of liability under section 19, saying that, in the circumstances, ‘the plain and obvious place to start was with the relevant authorities in this country. Launching a private prosecution, with every appearance of an attempt to turn the tables on [his accusers], was a strikingly inappropriate step to take’. The respondents’ costs were reduced slightly, although the court held that Ikram DJ had been right to follow the guidance in Evans v SFO [2015] EWHC 1525 (QB) and adopt a ‘broad-brush approach’ to assessing quantum.

The Divisional Court’s comments on the interplay between the section 19 jurisdiction and the right to bring a private prosecution are of particular interest to practitioners. Recent case law on section 19 primarily concerns attempts by acquitted defendants to recover private costs from state prosecutorial agencies, given the limited scope for recovery of defence costs. In these cases, the starting point will naturally be that where a dispassionate prosecutor decided to proceed in good faith, liability for costs under section 19 will not arise simply because the prosecution is not successful. Something more must be proved.

In Haigh, the Divisional Court restated the position that private prosecutors must act as ‘ministers of justice’, and are subject to the same standards as state prosecutors. The distinguishing factor is the starting point from which the court assesses the prosecutor’s compliance with those standards. The court will ordinarily start from the premise that a decision by a state body to prosecute was made in good faith. In the case of a private prosecutor, however, any personal motivations in instituting proceedings cannot be assumed and his or her conduct will inevitably be subject to more searching scrutiny.

The right to bring a private prosecution is an important constitutional safeguard, enabling the citizen to act as a bulwark against the indifference, or inability, of public bodies to bring wrongdoers to justice. As the Divisional Court confirmed, the power to seek the conviction of others carries great responsibility, and there are risks for those that deploy it in an abusive or cavalier fashion. Private prosecutions are not to be undertaken lightly, and prospective litigants would be well advised to apply some searching self-scrutiny before taking what may prove a costly decision.

Jenny Barker is of counsel and Nicholas Querée is an associate in the business crime team at Peters & Peters. They acted for Peter Gray in both the substantive magistrates’ court and judicial review proceedings