A Concise History of Sunnis & Shi‘is

The road to who should lead the Muslim community after the death of the prophet Muhammad in 632 AD was strewn with corpses. One such man was Uthman ibn Affan, a wealthy merchant, who had been selected by an electoral college of six of the prophet’s companions to become a caliph (deputy or successor). But as a new Arab and Muslim empire grew, along with its wealth from conquered Greater Syria, Iraq and Egypt, there were ‘rivalries, jealousies and conflicts of interest between those leading it’. Uthman’s murderer apparently grabbed the caliph’s beard while he was reading the Qur’an and ‘shoved his sword into the caliph’s forehead’. 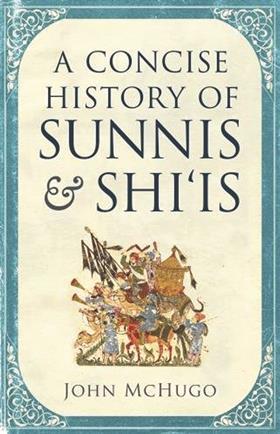 International lawyer John McHugo’s excellent history shows that, with Islam beset by civil war, grisly deaths did not end with Uthman. Ali, the son of the prophet’s uncle Abu Talib, though not formally elected by the companions, ‘was convinced of the rightness and justice of his position’ to lead the community. But Ali was at odds with Mu‘awiya in Syria who ‘held Ali responsible for Uthman’s murder’ and therefore refused to pledge allegiance to him, their differences ultimately spilling on to the battlefield. And when he planned another invasion of Syria, Ali rubbed the Kharijites up the wrong way – they claimed ‘that he was not fighting Mu‘awiya for the sake of God but for his own purposes’. Ali died at the hands of a Kharijite assassin.

While the Umayyads would go on to rule the empire for nearly 90 years, Mu‘awiya bringing a degree of peace, McHugo alludes to the prophet’s family and the death of Hasan – promised by Mu‘awiya the succession to the caliphate – who was possibly killed by poison.

In describing the turbulent epoch following the prophet’s death, McHugo offers a counterpoint to the modern ‘simplistic narrative… taking firm hold in the West’ which rests on Sunnis and Shi‘is being locked in a constant religious war. For there were fundamental differences in how Muslims drew on the teachings of Islam in their own lives: either relying on the recollections of the ‘followers’ of Muhammad’s companions (Sunnis), or on the prophet’s family for guidance (Shi‘is). Even so, McHugo argues that ‘Sunnism and Shi‘ism have always been interlinked and able to cross-fertilise’ and ‘have often lived harmoniously together and combined forces against invaders’.

In taking the reader to the 19th century and beyond, to two world wars, the Iranian revolution, the Iran-Iraq war, and the 2003 invasion of Iraq, McHugo is always a lucid interpreter of sometimes complex events. As he stresses, Sunni-Shi‘i sectarian politics should be considered ‘against the backdrop of the reaction to the West and the spread of nationalism from the 19th century onwards’.

Nicholas Goodman is a sub-editor at the Gazette