BOOK REVIEW: Arms and the mandate

The Accountability of Armed Groups under Human Rights Law

Dr Fortin seeks to address an important issue. Much armed conflict is no longer the preserve of states but of armed groups, which she distinguishes from paramilitary organisations. These groups may prosecute conflict and take on the holding of territory, basic policing, responsibility for education (and more) of those they claim responsibility for or power over. These groups will vary in size, levels of organisation and permanence. 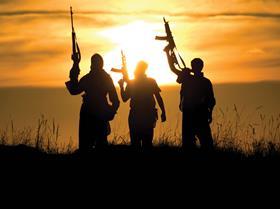 She queries to what extent international and human rights law can address issues of group accountability for what they do, given that the law has traditionally (and not always convincingly) sought to draw a distinction between states/public bodies and private actors. The author argues that if such a group forms, it must necessarily either bear the same legal obligations as its individual members or assume a place somewhere on the spectrum of legal personality with associated non-individual responsibilities.

Two thoughts recur. First, to what extent are any of these groups prepared to subject themselves to being held accountable to norms of human rights or international law that traditionally apply to states; second, is there the political will and administrative ability to bring these groups to account in forums that will command the respect of any parties with a stake in the issues for which accountability is contested?