In Search of Nice Americans

The blurb suggests US political speed-dating – a total misrepresentation of the book. Instead, we have the travel musings of a City partner on sabbatical who writes, with no particular theme, of his adventures during an extended holiday in the states. This is not Bear Grylls in survival mode – decent hotels feature too prominently – but despite being wholly on the beaten track, Steward’s ear for humour in the mundane makes for a rewarding read. 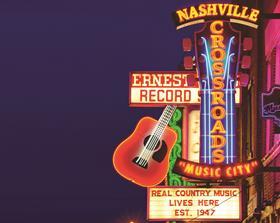 Wryly observed, acerbic, Geoff Steward (or Steward, Geoff, to the Americans) walks us through his preparations for travel (mostly via his long-suffering PA, Charmaine), a taster trip to New York with his children, before setting out across the states. He does not mention meeting an American (‘nice’ or otherwise) in the first 100 pages, other than an encounter with Vanessa Paradis’ archetype Joe le Taxi. But regular meetings are thereafter inevitable as he visits LA (for a day), Seattle and Nashville (for the music), narrowly avoids arrest in South Carolina, and so on.

Frankly, I am always thrilled to read anything by a lawyer who does not take themselves too seriously. Steward’s discussion of his work (his PA is amazing, trainees are generally idiots, and US clients a perfect storm of lengthy speakers and lazy readers) is irreverent to say the least.

He writes with a light touch, each vignette moving at pace – and in places laugh-out-loud funny.  The supporting cast of family and friends link the narrative and give it substance, although one wonders how his ‘favourite’ daughter felt about simultaneously being revealed as a genius (straight A-stars at GCSE) and a heroic drunk (courtesy, we are told, of celebrations at a festival). The reader is assured sign-off has been received.

What stops all the wise-cracking and humble-bragging from being intolerable (and it isn’t) is the affection and amusement Steward clearly feels towards his family and the joy taken in his experiences.

A professed love of the performer Prince – the first artist suggested as part of a ‘soundtrack’ to each chapter and a key impetus for the sabbatical – only emphasises that love for life.

My only disappointment, as he digs out the suit ready for a return to work and turns on the briefly abandoned phone, is that he did not down tools altogether to pursue a writer’s life. I am sure there will be more books to come and I look forward to reading them.