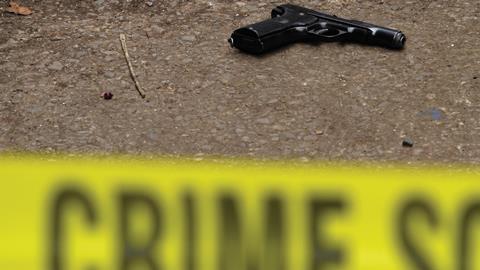 ‘No readable book could consider all… issues relevant to the scope of criminal law. This unreadable book does not do so either.’ I immediately warmed to Victor Tadros as I read his self-deprecating introduction, but the laughs swiftly come to an end on page two.

Part of an Oxford University Press interdisciplinary series devoted to the ‘what’ and the ‘how’ of criminalisation, this is a deeply philosophical take on the relationship of a wrong to a crime.

The tightly woven, densely argued text speaks to those in academia who spend careers considering precisely that relationship: how can a wrong be explained and why is it appropriate for the state to regulate certain types of wrongs as crimes?

Tadros’ initial project is to reconsider the role of wrongdoing and to demonstrate (or defend) what he calls the ‘first personal action-guiding account of wrongdoing’. The view (as I understand it) is that wrongdoing is best understood by examining the viewpoint of a potential wrongdoer in light of the rational choices available to them, as opposed to the imposition of a ‘wrongdoing label’ by someone (a judge?) reacting to the act in question.

He then moves on to explore the nature of criminalisation in the context of the principles of harm, autonomy and consent.

These are complex ideas (it is only possible, here, to hint at the depth of the argument) and, while the writing is plain-English accessible, one gets the feeling that even to the initiated this is a book best digested piecemeal: dip into the flow of example and counter-example to reach a kind of ‘mosaic’ of understanding.

Most readers will have an intuition, even a strong view, of why certain behaviour is or should be criminalised, but formulating and expressing exactly why this may be is an intellectual challenge aimed squarely at similarly interested academics and students.

That is not to say that the philosophically minded, time-rich layperson would not be interested in the work. But they must prepare for hypotheticals – intriguingly named mini-vignettes (‘Cop threat’, ‘Birth and Joyride’) recasting the same fact pattern with slight variations to demonstrate each point.

Often the subtleties can overwhelm. Still, the author’s investigation of gun control, offensiveness and consent to harm (including some discussion of R v Brown, familiar to all UK law students) relates these thought experiments to reality and forces the reader to reconsider (often frustratingly) positions taken for granted.