BOOK REVIEW: The case for the defence

Every modern legal system recognises the concept of self-defence in some form; the urge to defend oneself against an unwarranted attack is instinctive. Yet is self-defence a human right? 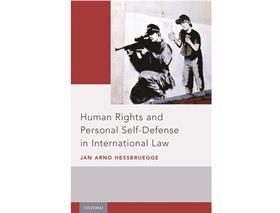 By what authority – natural, moral, spiritual and legal – may force be used against an aggressor? Does a person who is about to do serious harm give up their rights to physical security – or even their life itself – by their conduct? How far can police go to prevent an escape or effect an arrest (there are limits; bombing a village in order to ‘effect an arrest’ will not wash (Esmukhambetov v Russia))? What about attackers who are not morally culpable; young children or those who lack mental capacity?

All of these knotty issues are teased apart, critically examined with reference to case law, ethics, philosophy, human rights, and both international and domestic legal systems. Circumstances as diverse as piracy on the high seas, burglary, riots, threats from individuals suffering mental crises and hostage scenarios are covered with well-reasoned conclusions. The author highlights flaws in many of the politically charged arguments which flare up whenever such issues are in the spotlight, and concludes that the right to self-defence is not a human right but a ‘genuinely pre-societal right’ which arises sui generis.

This book is both academically rigorous and an engaging read, covering an impressive range of cases. These include the Moscow theatre siege (Finogenov) and the shooting of Jean-Charles de Menezes. There are also fascinating perspectives from the history of religious and philosophical thought, such as the Buddhist tale of the ‘Compassionate Captain’ who kills a prospective mass murderer in order both to spare the felon from the bad karma he will incur and to save his crew from committing the sin of killing with anger in their thoughts.

It is easy to think we know what we mean by ‘self-defence’; this thought-provoking book is a refreshing and stimulating corrective to glib assumptions.