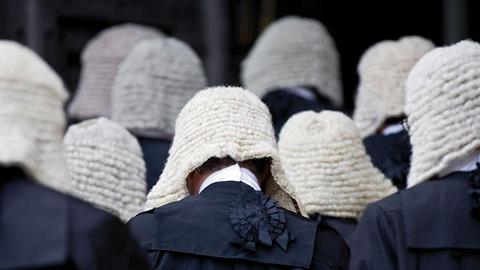 Colourful judge who rules with a poetic line

It is not often that a book of legal reminiscences leads to a second volume and not many judges have swum the Bosporus – but then Lord Simon Brown has had a unique career. He was called to the bar in the 1960s and became a High Court judge in 1984. He became a lord justice of appeal, a judge of the Court of Appeal and was vice-president of the Civil Division from 2001 to 2003. He became a justice of the Supreme Court in 2009.

This collection of reminiscences from his life at the bar and on the bench follows his delightfully enjoyable first volume of memoirs, Playing off the Roof & Other Stories. Life at the bar and on the bench seems to have been sociable and fun. This book contains many anecdotes, including witty put-downs and asides from and to judges. There are hints on how judges should avoid ‘judgitis’, which I am sure will be useful in some quarters, and how judges should begin their written judgments to make a poetic impact. Opening lines to judgments have included, ‘Is there a mango tree in the respondent’s backyard at...?’ and ‘It was bluebell time in Kent…’ They do not write them like that anymore.

The book ends with an excellent analysis of the benefits of trial by jury and includes the tale of Maxwell v Private Eye which was concerned an allegation that Robert Maxwell had tried to bribe the then Labour leader Neil Kinnock to get a peerage. On the fourth day of the trial, the jury sent a message to the judge asking what a peerage was. Juries are not perfect but then neither are judges. Maybe another judge was correct when they said perhaps someone had told the jury what a peerage was but no one believed it.

But I am not convinced by Lord Brown’s dismissal of the importance of Magna Carta in the evolution of juries. He quotes the late comedian, Tony Hancock, in a spoof on the film 12 Angry Men, when he said, ‘Think of your roots, think of your history, Magna Carta, did she die in vain?’ Apparently judges hate the film because the acquittal rate increases if it is shown on television.