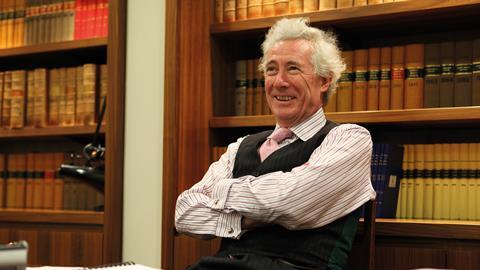 Law in a Time of Crisis

This book comprises a series of lectures given by Jonathan Sumption (pictured) over the 10 years preceding 2020, encompassing his time before, during and after his tenure as a Supreme Court judge. 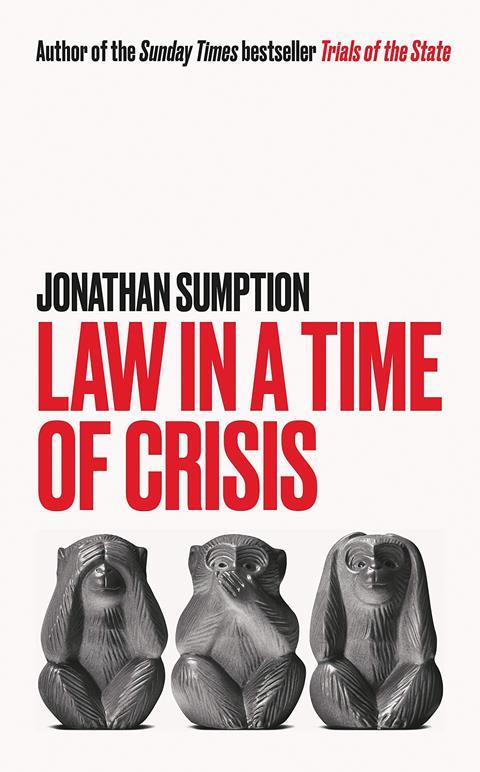 The remaining lectures range from debates about the abolition of personal injury claims, and what Magna Carta really represents, to more current topics such as Brexit, judicial diversity, and rule by government decree during the Covid crisis.

The chapter ‘On apologising for history’ deals with the phenomenon of public apology for past wrongs: whether it is Tony Blair apologising for the Irish potato famine, the Pope for abuse of Catholic children, or apologies for the Holocaust or slavery. Who, he asks, is in a position to grant absolution for the sins of our ancestors? On the toppling of Edward Colston’s statue he argues that people are multifaceted beings and Colston did good works, as well as engaging in the slave trade. He sees the targeting of memorials as objection on the ground that the past did not share the values of the present. He is right, of course, but it is a perspective that provides no comfort to people personally touched by historical wrongs.

On judicial diversity, he fears that he will be shouted down for saying that excellence of the judiciary should not be diluted. Selecting judges on ‘merit’ is enshrined in law. He argues that it will take time to change the complexion of the judiciary (it may take 50 years). Only senior lawyers, the ablest lawyers, and those of the highest intellectual calibre should reach the higher echelons of the judiciary. That only 4% of solicitors and 4% of ethnic minorities have reached those echelons is due to a lack of interest and/or seniority.

Solicitors only receive a passing mention, although the profession is significantly larger than and much more diverse than the bar, both in terms of ethnic minority lawyers and educational background. That their merit has been defined by a narrow cohort of people, largely white, male, public school-educated, Oxbridge barristers, now judges recruiting in their own image, is not recognised and does not offend his sense of justice.

Who will read this book, other than lawyers and historians? Sumption will have come to public attention through the 2020 Reith Lectures, but perhaps more so by his interventions in the Covid crisis. His has been a fearless and shamefully isolated voice willing to speak out against unregulated and arguably unlawful exercise of state power. Sumption exposes the circumvention of parliamentary control and deplores the failure of human rights lawyers to litigate in defence of civil liberties.

It was admirable that he introduced a critical debate about the legal and moral basis of the government’s lockdown decisions, arguing that it was legitimate to weigh damage to the economy and livelihoods against the value of life. His argument that the deployment of resources to preserve older people who had lived their lives should be balanced against the damage to the freedom and opportunities of younger people was repellent to many. But is no more than a reflection of the rational decision-making that regulates the use of NHS resources day-to-day.

There is much that is controversial in this book – but that is the point, and it is never less than stimulating.

When I reviewed the 14th edition of this book, I said: ‘Comprehensive is not the word for this book. To call it such is a vast understatement. Moreover it has an excellent pedigree, being written, revised and edited by over 50 pensions lawyers plus other specialists at law firm CMS.’ 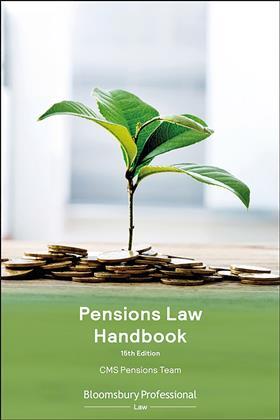 This edition covers recent developments with an overview of the Pension Schemes Bill, including new powers for the Pensions Regulator, and changes to the scheme funding regime. New material also includes new requirements for investment governance and disclosure, and the Corporate Insolvency and Governance Act 2020. Case law includes Lloyds Bank on guaranteed minimum pension equalisation, Hughes on Pension Protection Fund compensation cap, Safeway on equalisation and BIC on scheme amendment.

As a family law solicitor and arbitrator, I turned to the chapter on pensions and divorce. It covers pension earmarking and pension sharing in a good deal more detail than most family lawyers might need. It reminds us that pension sharing has now been with us over 20 years, since 1 December 2000, but studies show that a lot more such orders could be made.