Solicitor Abigail Weekes-Lowe has written a parable debunking the myth of a perfect life. Equipped with the grades to study medicine, and with love interest stoked by mechanic Michael and by office manager Nick, Connie Costello appears to have it all. But events in her world take a sinister turn when we learn that Anna Soucan, director of the pharmaceutical company where Connie works, ‘gets her beauty from the underworld, from sorcery’. 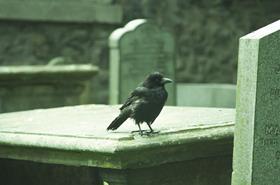 When Connie’s family is torn apart by tragedy, she is convinced they are cursed. Imbued with Trinidadian folklore and the dark arts, Connie’s portrayal of her black magic-fearing dad’s row with landlord Sam Ramlochan is neat foreshadowing. Another portent is a ‘big vulture Corbeau bird’ whose appearance at Connie’s house turfs out a swarm of flies; she is ‘transfixed by the horrendous beauty’ of a black Corbeau. And when Connie recoils at ‘the strench of rotting flesh permeating from the La Basse dump’, the reader is solicitous about her fate.

The lives of Connie and her brothers Ben and Toby are turned upside down when their mum hits the bottle, and they go to live with granny Betty, ‘a staunch Catholic [who] lived in accordance with the scriptures’. This is a delicious piece of irony as Connie’s love life is plagued by loss and regret. Such is the company Connie keeps, she learns about churiles – the spirits of pregnant women who die during childbirth or commit suicide during pregnancy – and that one of a female devil’s legs ends in a cow’s hoof. No wonder Connie reflects that ‘we were orphans cast out at sea drifting all alone’.

For all of Weekes-Lowe’s rich imagery and satisfying denouement, she slathers on Connie’s domestic travails which, while heart-rending, are, in some ways, predictable. Connie’s tone is handled much better early on; later, she sounds whiny and undeserving of empathy. Multiple points of view, including those of more malign influences, could have set alight this story.

In a book that alludes to black magic, I wonder if Weekes-Lowe has missed a trick here in not writing a fantasy novel. After all, someone is turning ‘the pages of the book which seemed to be whispering and imparting past secrets’. Perhaps there will be more of those memorable lines if Weekes-Lowe chooses to write a sequel.