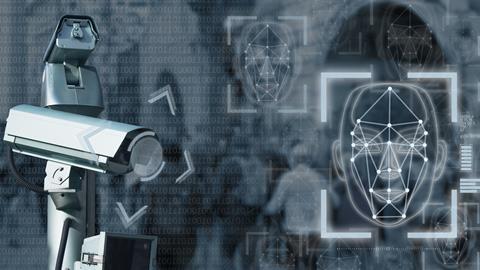 Freedom when you’re being watched

Like most people with at least a passing interest in information technology, I was aware of the term Big Data, and the Orwellian images which it conjures up. However, like most of those people (I suspect), if I had been asked to give any kind of meaningful definition as to what it actually means, and exactly how we had made the move to a world where there are supposedly ‘always eyes watching you and [a] voice enveloping you’ (1984), just because we have agreed to sign up for a loyalty card with our local supermarket, I would have struggled.

The 17 contributors to the 11 heavyweight academic articles which make up this book, have no such difficulties. Between them they expand on the concept in forensic detail. Hailing from mainly academic institutions and organisations around the world, situated as far afield as Israel, Florence, Portugal, Düsselfdorf and Brazil, the arguments advanced and solutions proposed are of a genuinely global nature.

The term Big Data is defined in a number of different ways throughout, but the most commonly repeated is the OECD definition of ‘large amounts of different types of data from different sources characterised by large volume, velocity, variety and value’ (the so-called ‘four V’s’).

The reality is that it is not authoritarian states which most commonly control and potentially misuse this data – although the way in which China controversially aimed to use mass surveillance data to score people under its Social Credit System in 2014 (as detailed here) is unnerving to say the least. Rather, it is those relatively few private concerns which can afford to invest in the mammoth architecture required to collect, collate and process data in a way which can generate enormous value. Many of the chapters analyse to what extent those concerns can be said to be in breach of established competition laws, and whether those laws can in any way be seen to be adequate in dealing with types of mischief which nobody could have foreseen when anti-trust legislation was just a twinkle in the eye of legislatures around the world.

Because the book is a series of standalone articles, there is a fair degree of repetition in terms of basic ideas and definitions, and for a non-academic it is not the easiest of reads.

As someone without a background in competition law, I found Chapter 10 (by Oleg Soldatov) to be the most accessible. It deals with ‘The relationship between freedom of expression and big data’, and raises areas of concern which I had not heard or thought of previously. For example, does awareness of the fact that every internet search which we make is tracked limit what information which we try to access, and therefore render us less likely to be in a position to challenge the (rarely impartial) view of the world laid out for us in formats which involve no such risk of judgement or threat of public disclosure? (A view often controlled by the very organisations which have the ability to track us in the first place.)

Other chapters deal with related areas around children’s rights (Chapter 11), and artificial intelligence (Chapter 12), but most stick to competition law themes.

For students of IT law, the chapters (of themselves a rich seam of ideas) are incredibly well referenced, although the price tag is likely to mean the book is more likely to be seen in a law library, or on a university network in digital form, than on one’s own bookshelf.