From JPs to High Court judges

The Jewish Contribution to English Law: Through 1858 to Modern Times

‘Justice, justice shall you pursue…’ Deuteronomy 16.20 (Exodus 2.18); Moses and Jethro design criminal courts. Even if the Jewish contribution to justice had stopped there, the foundation was laid from dealing with petty shoplifters to the Nuremberg trials. But as this superb book shows, justice is still a strong element of the Jewish psyche demonstrated by the disproportionate number of Jews active in the legal profession.

Antisemitism was already well-established by the time of Henry II and Henry III’s Edict of the Badge (1218) placed further restrictions on Jews. The Statute of Jewry of 1253 kept Jews in one place wearing a badge. Eight hundred years later the Nazis embellished this to encompass killing Jews on an unprecedented scale. 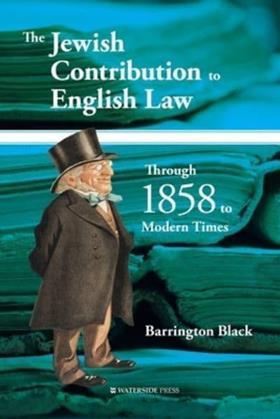 Fast forward to 1835. Banker David Salomons is called to the bar. Made Sheriff of London he meets with the problem of Christian references when taking an oath. He perseveres. The Sheriff’s Declaration Act of that year is passed and when he becomes an Alderman of the City the Jewish Municipal Relief Act 1847 lets him avoid such references.

The Jewish Relief Act 1858 paved the way for Jews (and others of minority faiths) to take oaths of office without saying, ‘On the true faith of a Christian.’ Soon Jews entered professions from which they had been banned unless they ‘hid’ or changed their faith. Medical schools, not overtly antisemitic, gradually opened their doors and soon Jewish doctors were commonplace. But of all the professions into which Jews flocked the law was the greatest magnet where relative to their small numbers Jews made their greatest contribution – from humble JPs to High Court judges, and eventually president of the Supreme Court (twice) and lord chief justice (three times).

Justice is not an abstract concept. Denied to Jews they became aware of injustice. What better antidote than going to the other side to dispense it. As this book explains the Jewish contribution to English law has been enormous. How? Read the book.

Brian P Block JP is an author and retired pharmacologist