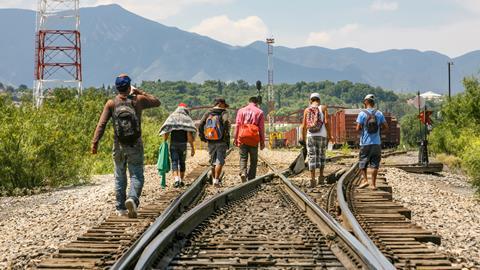 ‘I am a mosquito to the people who run this place. A criminal mosquito carrying malaria…’ Gebre tells his friend and fellow asylum-seeker Yonas Kelati. It is a chilling statement, epitomising their dire predicament, in former human rights barrister Ellen Wiles’ heart-rending novel of two friends fleeing persecution in Eritrea.

The story pivots on Yonas, whose parents, brother and girlfriend Sarama were all killed in the liberation war. Conscripted for the border war with Ethiopia, Yonas laments how Eritrea’s free press has been abandoned and the country militarised. As a result, he is imprisoned for four months for emailing reports out of the country ‘about all the propaganda and the lies being covered up’.

After escaping from prison with Gebre and taking on a gruelling desert trek, Wiles charts Yonas’ asylum journey in the UK; from escaping from people traffickers to turning his life around in London. His motivation is earning money to provide for his sister in Asmara who looks after the surviving family members.

Having worked on an Eritrean asylum appeal herself, Wiles writes authoritatively throughout on the minutiae of the process, though it was ‘dry, legal language’ that compelled her to write this book. She was ‘angered by the gulf between the factual realities of the lives I was reading about and the sensationalist tabloid headlines about asylum seekers’.

There is no sugar-coating the impediments facing Yonas and Gebre. After forced labour and working illegally, Yonas’ case comes before Veata, his caseworker at the Refugee Legal Centre. But her sympathy can only extend to applying for weekly asylum support consisting of £35 a week in vouchers. ‘No asylum seekers are allowed to work for money,’ she explains.

Yonas’ despair deepens when he is pitched into a further interview with the taciturn Gavin, who admits ‘I was already behind on my targets for that day, so I was hoping he’d tell me a flimsy story and I could move on’. As elsewhere in this book, Wiles cleverly kicks off the chapter with a tabloid headline; collectively, these amount to grim testimony of the way the asylum issue is addressed. ‘All the management fucking care about are targets – basically deporting as many people as possible as fast as possible,’ says Gavin.

Yonas’ experiences ring true throughout as befits a novel by someone who has worked as a lawyer in Thailand, Botswana, Myanmar and London. Yet the story’s pace is slowed by too much stage posting and repetitive back story which is told in an authorial voice rather than that of the character.

While the denouement feels rushed and predictable, this is nevertheless an important description of the asylum experience, slaying Wiles’ bête noire of ‘sensationalist tabloid headlines’ and the ‘potent power of language to distort and exclude’.