How immigration control fuels the debate on racism

Lawyers acting for people subject to deportation will be familiar with the context of this provocatively entitled Deporting Black Britons. Ever since 2016, when the then home secretary, John Reid, branded the system for deportation ‘not fit for purpose’, there has been a ratcheting up of the language and policy directed at ‘foreign national offenders’.

It is in that context that deportations are advanced on the basis of ‘non-convictions’ and other ‘bad character’ evidence, often gathered by immigration officers embedded in police stations under Operation Nexus, the flaws of which are ably explained by Dr de Noronha.

Under Operation Nexus, just one aspect of the deportation process examined in the book, potential deportees are often those who appear on the ‘gangs matrix’ on account of ‘suspected gang membership’. As Dr de Noronha explains, ‘the gang’ is a highly racialised term: research shows that while only 27% of ‘serious youth violence’ offences committed in London were carried out by black people, 72% of people on the gangs matrix were young black men. Further, Amnesty International found that many young black men on the database had no convictions at all, and were instead placed on the matrix based only on encounters with the police. 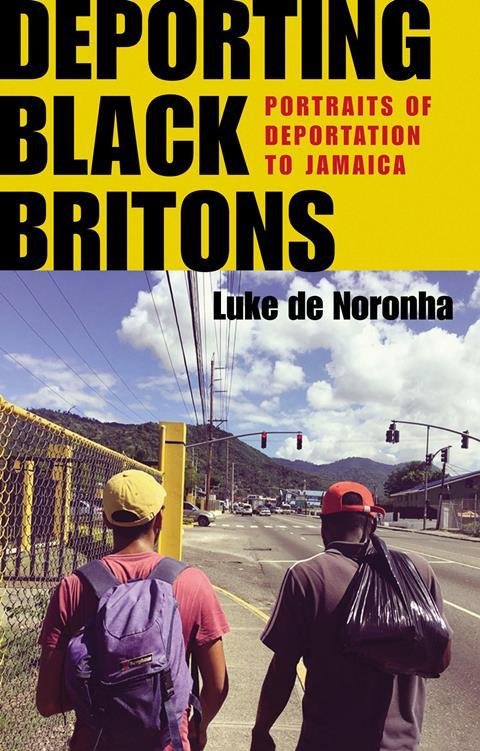 Dr de Noronha uses the stories of four young black men who all arrived in the UK at an early age, while never attaining British citizenship, and who were later deported to Jamaica, the place of their birth, to make the argument that rather than viewing immigration control solely as a reflection of racism in Britain, there is an interplay in which immigration control affects how racism is played out in Britain.

From the point of arrival in Britain, avenues of support for children and young people who lack regular immigration status are closed off at every turn. The account of Jason – someone who was made homeless aged just 16, and because of his lack of immigration status could not access employment or state support – is just one example used to support the argument that immigration controls produce and shape the experience of inequality. In Jason’s case this contributed to a fall into drugs and criminality.

The book also provides examples of how discourse on immigration at a national level feeds into racism at a local level, such as the example of another interviewee who talks of racism at the hands of the police, aimed at their lack of immigration status as well as their skin colour.

Paul Keeley is a solicitor, at South West London Law Centres, where he represents people subject to criminal deportation