James R. May and Erin Daly

Why a book on human dignity and law? The idea was intriguing enough to read on a sunny Sunday. Novelty is always a virtue in books.

Definitions first. There is no universally agreed definition but the emerging consensus is that dignity means: every human being has equal and inherent worth that others are bound to respect. This is a philosophical and moral concept, so what is its relationship to the law? The authors argue that human dignity is intrinsic, an inherent right, a foundational value.

A brief overview of a very important idea sets the scene – the philosophical and moral concept of dignity is traced geographically from Western civilisation to Asia and Africa, tracing its roots to great thinkers of the times.

May and Daly then turn to the law and the evolution of the idea of dignity, starting with the 1945 UN Charter through to The Universal Declaration of Human Rights. We learn of the growing trend around the world to include reference to human dignity in constitutions as an important value. Dignity constitutionalism is a ‘window into each country’s own constitutional conscience’, according to May and Daly. 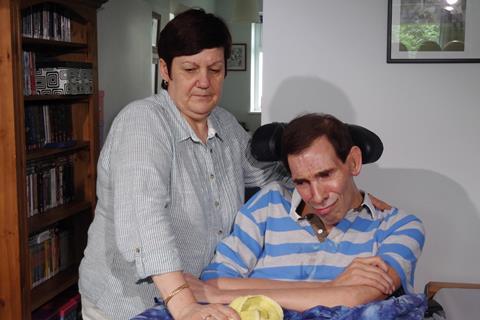 Chapters 4-7 provide examples of cases from around the world, showing how courts are effectively  constructing the law on what it means to be human in the 21st century. All good so far.

May and Daly go on to state that the principal exception to the prominence of human dignity concepts in modern constitutionalism is the collection of countries whose constitutions were made under British influence. (Canada and India excluded.) They do not reference cases about human dignity in countries like England, which do not have a constitution but do have a developed body of case law on human dignity – not necessarily using that terminology. Instead, the terminology is about respect for privacy, human life, family life, and prohibition on inhuman and degrading treatment. These are the very concepts of human dignity which the authors promote.

It is too simplistic to argue that human dignity law is only developed through constitutionalism (their phrase, not mine). There are examples aplenty in English law concerning and promoting human dignity: cases about respect for private life (Catt), or cases about destitution and human dignity (Limbuela), or assisted dying cases about the right to a dignified life as well as death (Purdy and Nicklinson). The list is long.

It would be interesting to trace the development of the law on human dignity in countries without a written constitution, and compare it to countries with a constitution to understand the material differences and what one can teach the other.

May and Daly conclude that law and theory are perfectly aligned. The recognition of human dignity entails meaningful participation in rights-claiming activity to secure socio-economic rights, but more profoundly as an instance of human dignity itself.

It is well argued that democracy is the collective manifestation of human dignity. Who could disagree with that? The authors undertake a vast task in bringing together philosophical and legal  concepts about human dignity. Buzzing with ideas, this book is to be applauded.