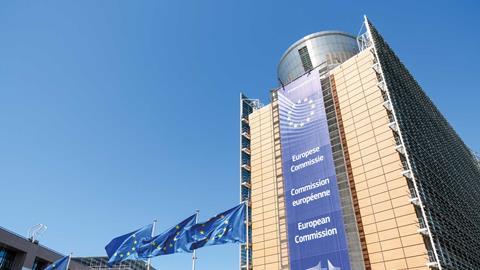 This first edition of EU Antitrust Procedure is a hugely comprehensive reference text on enforcement systems and procedures, covering the European Commission’s investigative and decision-making powers and the judicial scrutiny exercised by EU courts.

Compiled and edited by Dr Rousseva, a senior official at the Directorate-General for Competition of the European Commission as well as a practising competition law academic, this book covers the major areas of EU competition enforcement. Part one provides an overview of the institutional design and legal framework underpinning the machinery of EU antitrust enforcement, including an overview of the commission’s principal investigative and enforcement powers. Subsequent parts of the book then turn to address in more detail those investigative powers; types of enforcement decision; enforcement procedures; rights of defence; the imposition of fines and other penalties; and the judicial review exercised by the EU General Court and Court of Justice. There is also a section examining the international dimension of antitrust enforcement, both across the EU (for example, in the light of the ECN+ Directive aimed at making national EU competition authorities more effective enforcers), and internationally through a range of cooperation agreements and mechanisms.

The publication is avowedly written from the perspective of the enforcer, and it is notable that all 33 of the chapter co-authors are serving commission officials, members of national competition authorities, or judges or staff members at EU courts. Dr Rousseva has also had the benefit of input from an impressive array of current and former commission officials spanning the full range of commission enforcement practice, as well as practising lawyers and academics. The enormous breadth of this collective experience is evident in the comprehensive analysis throughout the work, which provides a detailed overview of the applicable rules under EU regulations and directives, as well as judgments of European courts. This is an outstanding reference text in that respect, being clear, thorough and well-referenced. It is similar, in both layout and style, to OUP’s Bellamy & Child on substantive EU competition law.

There is only a limited amount of ‘inside track’ in the text, in the sense of how commission officials deal in practice, on a daily basis, with the legislative framework within which they operate: what type of meetings take place at which stages of cases; who are the internal stakeholders; who would typically attend; and how are decisions in active cases made. There are instances in which the authors describe the commission’s approach in practical terms to dealing with areas of ambiguity. However, as all EU competition law practitioners know, there are many areas in which knowledge of procedures and practices is key. This can only be built through exposure and experience, and not from an analysis of the legislative framework and body of EU court precedents. It is understandable that the authors did not want to include too much of this: for one thing, many of these detailed procedures would be considered confidential by the commission; and, for another, they tend to evolve over time.

But if there is a missed opportunity in what is generally an exceptional work, it is that more is not revealed of the inner workings of the commission’s enforcement and decision-making processes, and the interaction between case teams, the commission’s Legal Service and its Policy unit. Private practitioners should bear in mind that the publication largely presents the views of commission officials in respect of their own powers.

While the text endeavours to be rigorously objective and is supported throughout by citations of the underlying legislative provisions and EU court judgments, it is inevitable that in some areas – the sections on the rights of defence and the role of EU Hearing Officers among them – private practitioners might have a different perspective.

This is an authoritative and invaluable textbook, and I suspect that it will quickly come to occupy a place on the bookshelf of many practising competition lawyers.

Mark Sansom is a partner and co-head of the global antitrust litigation group at Freshfields Bruckhaus Deringer, London