What makes a person a murderer? Some probably kill for the ‘fun’ of it, or to evade capture for another crime; for others, the crime may give a feeling of power. Some killings are unexplained. I suppose we will never know what makes a successful murderer because, by definition, they would never be caught. You are most likely to be murdered by someone you know, probably a family member. 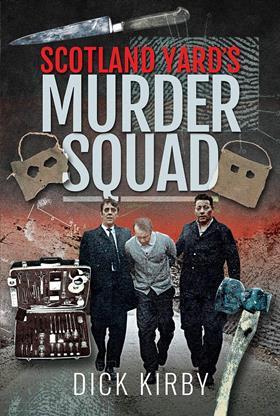 This book tells the history of the specialist London detectives who have investigated murder for over a hundred years. Written by a prolific author of policing and crime, there is much here that is new and interesting. The idea of a specialist detective force got off to a shaky start, however. The idea that fingerprints could be of evidential value was derided. Somehow, though, fingerprints and forensic science took root and the detectives used ‘bag carriers’ with the necessary equipment to gather in evidence.

Scotland Yard was called in by regional forces and sometimes overseas, often after the evidence had been trampled on. Investigation, interrogation and the court process were very different. Trials for murder sometimes lasted as little as two days at the turn of 20th century.

Murderers come in all shapes and sizes, as do the victims. The society ones and the killings over sordid affairs all provoke interest. This book catalogues a wide range of crimes. The story of Dr Bodkin Adams, acquitted of murder, is probably the most famous of the stories.

Aside from the horror, there are lighter moments too. One of the cases featured a schoolboy who was a vital witness. At the end of the trial, an officer suggested the lad ought to be a detective when he grew up. ‘What, me?’ he replied, ‘Sit on my ar*e doing nothing all day? Not bl**dy likely!’