Struggling to stay on this ride

A Statue for Jacob

Just as slapstick is to comedy, fiction has its own genre of turkey. Think Alistair MacLean, Harold Robbins, Robert Ludlum. Each lead you into their own brand of tall tales, worlds you can escape to in an instant while shuffling your knees on a bus to work. Which is not to demean. There is a market for this – you don’t need to be switched on, just get on, take a ride and go somewhere else.

A Statue for Jacob sees a Sam Spade-type assignment handed to US attorney Kiah Harmon by a descendant of the Van Eyk family to pursue a debt arising from the American revolutionary war, a debt compounded to billions over time. Cue some eye rolling as the team tour the deep South (with lashings of lemonade), navigating mysterious papyri and improbably assisted by a secret society. 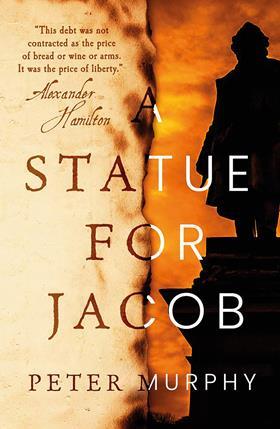 There are many unexplained devices. Why did the author place the lead in a moment of steep crisis (the capitalised Week from Hell), but then not pursue this anywhere? Why (oh why) adopt a female perspective and try to live her Indian-ness, spiritual guru and incense included? How were Kiah’s clairvoyant dreams tied with plot? Why did the client have to be scandalised with a saucy acting past? And why are all the lawyers improbably excellent, courteous and good at their jobs, inhabiting a fine-and-dandy world? Where are the flaws we feed when we live relying on our wit, belligerence and sharp elbows to survive?

That should be enough, but the author reveals in a postscript that the plot is ‘based on a true story’ – a case he helped a student with. Lunaas v United States is cited and an internet search does produce a judgment. This gave me some pause: had I been harsh? Who among us has not hoped a case, a deal, a situation would have turned out otherwise – to live the counterfactual? To want to relive an experience with a different result, sans regret, is human. Poignant even. But even this is not ultimately rescued by typeset, hackneyed characters and several helpings of hammy dialogue. The epilogue should be a prologue, and reversing the order of some of these chapters may have helped us stay on this ride.

Ashan Fernando is a consultant solicitor at Axiom Global