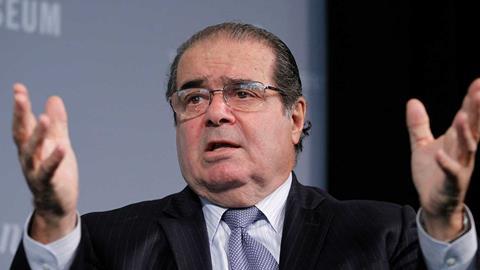 Antonin Scalia and American Constitutionalism: The Historical Significance of a Judicial Icon

Antonin Scalia was a Justice of the US Supreme Court for 30 years, from 1986 until his death in 2016. An extremely important and influential conservative (Donald Trump is an admirer), he claimed to reach his judgments using originalism, striving to interpret the constitution by the intentions of its writers and rejecting the idea of a ‘living’ constitution. He purported his method to be objective, comprehensive and authoritative.

Inevitably, his approach led him to reach some verdicts that were far more suited to the late-18th century than the late-20th. However, as Purcell Jr convincingly demonstrates, he would often depart from originalism when it would have led to verdicts that did not suit his own politics and world view. The author’s analysis is forensic, well sourced and extremely well written. Flaws in Scalia’s reasoning are demonstrated with academic rigour and commendable conciseness.

It is no secret that the nomination of a new Supreme Court justice is one of the most influential decisions a president can make because there is so much scope for the justices to reach decisions that accord with their own social and political preferences.

This book, by examining the reasoning of one of the most famous and intellectually respected members of the Supreme Court, shows the mental gymnastics that Scalia had to adopt at times to reach a conclusion that suited him.

The analysis of Scalia’s interpretation of the Second Amendment and rights to bear arms is perhaps the most striking in its depiction of how he would depart from his declared jurisprudential principles where it suited him. It is dispiriting to read about someone so intelligent who was in a position to do something to mitigate America’s gun culture but instead acted in a way that was contradictory to their intellectual principles but beneficial to their political ones.

This is not a wide-ranging biography and does not spend much time discussing Scalia’s qualities and achievements. But it is an excellent critique of flawed and hypocritical reasoning by a man who has been described as one of the most important justices in the Supreme Court’s history.

Lee Wall is a solicitor at Irvings Law, Liverpool