Teaching children the value of the law

Equal to Everything – Judge Brenda and the Supreme Court

Earlier this year, I had the good fortune to be present at Lady Hale’s retirement drinks at Gray’s Inn. When the subject of this book came up, she mentioned how she had initially been nervous at the idea that she would be the subject of the sort of earnest hagiography that one might find in, for example, I Dissent, about Justice Ruth Bader Ginsburg. 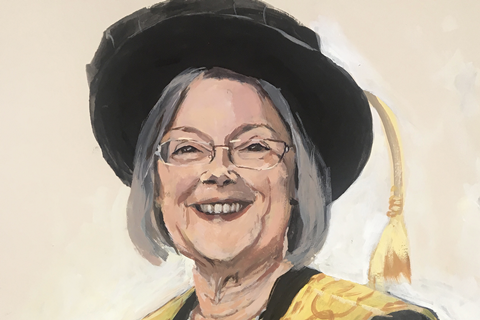 Undeniably, the book will probably disappoint on that score, at least to some extent. It would be hard to find someone worthier of commemoration than Baroness Hale of Richmond, the first woman appointed to the presidency of the UK Supreme Court after a long and fruitful career that saw her contribute to enormous changes in the law of family and children, as well as the UK’s own constitution.

To me, it rings as realistic that a class of schoolchildren from her Yorkshire hometown, who in the book are visiting the Supreme Court on a day trip, would greet her with the kind of giddy excitement that they do – it is, after all, ‘Lady Hale herself… in real life!’

While younger readers are sure to be swept along by Henny Beaumont’s lush illustrations, the most valuable thing that this book can impart to a child is a deep sense of agency. The conviction that you are, indeed, ‘equal to everything’, even the task of shaping the law, is fundamental to the health of democratic life.

Afua Hirsch presents a life in the law as one spent grappling with questions of justice and, where necessary, challenging the injustices of unequal pay or reforming the law to safeguard children’s rights. You might not always win and judges may not always agree, but the task is noble and necessary – and that is a lesson well worth learning.

Timothy Kiely is a barrister at Red Lion Chambers

Selfless Intervention: The Exercise of Jurisdiction in the Common Interest 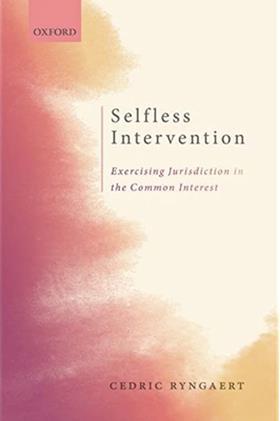 This book asks whether a state has the right to act unilaterally outside its own territory to protect the ‘common good’. While the question sounds more philosophical than legal, the limits of jurisdiction is a key question of international law.