The rights of victims of trafficking in Europe

Never has there been a better time to familiarise yourself with the European Convention on Action Against Trafficking in Human Beings (ECAT) – if that’s your thing.

Upon the UK’s exit from the European Union, survivors of trafficking and modern slavery in the UK lost the protection of EU anti-trafficking directive 2011/36/EU. But, for as long as the UK remains party to the Council of Europe, they do at least have recourse to ECAT.

The aim of the book, according to its editors (both of the Ludwig Boltzmann Institute of Human Rights in Vienna) is to provide in compact format a clarification of concepts used in the convention. I would say it does that and more. 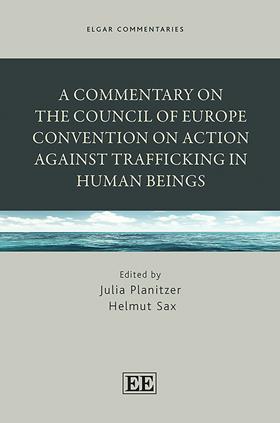 In relation to each article of ECAT, readers are first treated to the drafting history. I admit, at first, I thought: ‘At least this will help me sleep.’ But, if you can bear with it, it is useful. This is followed by the interplay between ECAT and other international instruments, and issues of interpretation.

To take the example of Article 16 on the repatriation and return of victims of trafficking, in the course of the drafting it was decided that the repatriation of victims of trafficking should be carried out not just with due regard to their safety, but also their rights and dignity. This was a helpful illustration of where the drafters of ECAT decided to go further than other international instruments on repatriation issues, such as the return of refugees.

Likewise, when seeking to understand the extent of rights in ECAT that have been lost following Brexit, a comparison between the two European perspectives was useful.

Finally, the book makes extensive use of reports by the ECAT monitoring body for analysis of the meaning of individual rights in the repatriation process.

If you’re looking for a practical, day-to-day application of trafficking law in the UK, A Commentary on the Council of Europe Convention on Action against Trafficking in Human Beings is not that. But if you want a deeper understanding of ECAT that balances detail with simplicity, I would recommend it.

Paul Keeley is a solicitor at South West London Law Centres, where he represents victims of trafficking and modern slavery, particularly those subject to criminal deportation