The trials and tribulations of achieving a just peace

Just Peace After Conflict: Jus Post Bellum and the Justice of Peace

The thesis of this academic book is that there is no lasting peace unless it is a just peace. It examines what a just peace means and what is required to achieve it. Written by leading scholars and experts in international law, this book describes the various mechanisms for justice, including the United Nations’ role in attempting to resolve disputes after conflict. The concept of a just peace can include a fair settlement between states, and may also involve the resolution of disputes between individuals and private institutions whose lives have been disrupted. It also includes a respect for the rule of law, individual rights and concepts of investigation and prosecution of war crimes. 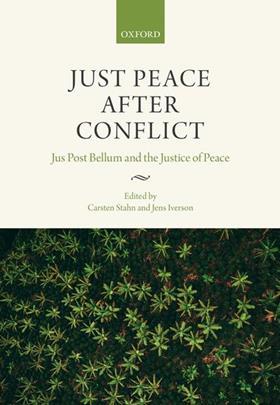 Peace involves many legal issues, including punishment of the aggressors, compensation for victims of war crimes, and resettlement of refugees who may have been illegally displaced. The book rightly gives detailed consideration to how to ensure justice to victims of sexual and gender violence.

As often with these concepts, it is the practical examples of what this means in actual conflict resolution that are most interesting. The examples included in this book are sometimes conflicts which are obscure or less well known: for example, the conflict over Spanish Sahara, Cyprus, Morocco and Cambodia. Sadly, these sometimes horrific events are only footnotes in history. Perhaps it is easier to achieve justice after some conflicts than others.

There is no standard international conflict. Each war is different and sometimes violence comes from a power vacuum, caused by the collapse of a regime, disputes between two states over perceived threats or outright aggression. An unjust peace settlement is simply a cessation of violence or a temporary ceasefire.

It is interesting what is not given much examination in this book. There is no mention of Palestine or the Gulf and not much about the first or second world wars. The Treaty of Versailles was an attempt at a just peace, although it was a flawed one. Justice can be harsh, as lawyers know, and rarely accepted by both parties. The inclusion of reparations against Germany and her allies was a type of justice. There was a war crimes tribunal after 191,8 although it was very limited. Sometimes justice is wrong.

The concept of justice depends on accepted international standards of behaviour and belief in basic laws which in the past was provided by religion. The United Nations is not always adept at dealing with disputes. Perhaps there are limits to justice.

This is an interesting book about a fascinating and important subject.