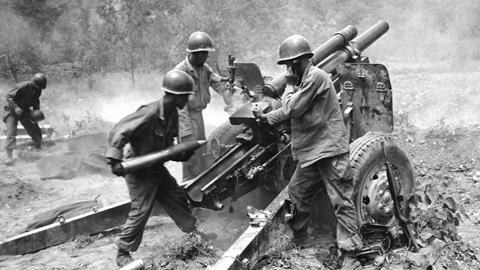 The Internationalists: And Their Plan to Outlaw War

When Dutch lawyer and philosopher Hugo Grotius (1583-1645) – the Father of International Law – wrote The Law of War and Peace, his ‘unabashed defense of the morality of war’ epitomised the ethos of the Old World Order. In espousing his ‘just war theory’, Grotius was invoking Roman orator Cicero and scholastic theologian Thomas Aquinas, among others. They all viewed war as ‘a morally legitimate activity’ and concurred that war was a response ‘to threatened or actual wrongs when no peaceful option remains’.

There was also a legal aspect to Grotius’ theory, explain Yale Law School professors Oona A. Hathaway and Scott J. Shapiro in their erudite assessment of the 1928 Paris Peace Pact, for he saw war as ‘a substitute for courts… because courts are the original substitutes for war’.

Grotius’ ‘signal contribution…was to make the world safe for war’. Conversely, Grotius decried ‘hygienic wars’, such as the holy wars in the medieval Crusades which ‘were bloody wars of annihilation’, and dismissed the idea that religious differences constituted a case for war.

As an ‘interventionist’ who held ‘that war was a legitimate method for enforcing rights in the absence of a world government’, Grotius was followed by exponents such as Carl Schmitt in the Third Reich who ‘did all he could to prevent’ the transformation that would result from the outlawry of war.

The Paris Peace Pact, known in the US as the Kellogg-Briand Pact after French foreign minister Aristide Briand and US secretary of state Frank Kellogg, ‘sought to end war between states by renouncing war as an instrument of national policy’. While the authors concede that the pact failed to stop the second world war and subsequent conflicts in Korea, Vietnam, Yugoslavia, Ukraine and Syria, the pact was nevertheless ‘among the most transformative events of human history, one that has, ultimately made our world far more peaceful’.

The pact ‘began a cascade of events that would give birth to the modern global order’. One of the most significant was when 50 nations signed the United Nations Charter in 1945. As the authors point out, ‘the prohibition on war was not limited to the charter’ and was embedded into each of the Axis powers’ governing documents: article 26 of Germany’s Basic Law, article 9 of Japan’s new constitution and article 11 of the Italian constitution. Another milestone was the Nuremberg trial at which the International Military Tribunal sentenced 12 defendants to death – the legal justification for this verdict derived from the Peace Pact: ‘Crimes against humanity committed during the Holocaust, though not war crimes, were committed in execution of an aggressive war. As such, they could be punished – with death.’

Some of the most fascinating aspects of this snappily written book concern the world before 1928, when war ‘was civilized politics. Indeed, states could not imagine doing without it’. What is more, according to Grotius, having waged a just war to right wrongs, the captor acquired ownership of any property seized.

War manifestos setting out the legal reasons for going to war were ‘valued for their literary flair as well as their persuasive force’, exemplified by Oliver Cromwell commissioning the poet John Milton to write A Manifesto of the Lord Protector of the Commonwealth and, in 1703, by Holy Roman Emperor Leopold I employing philosopher and trained lawyer Gottfried Leibniz to produce the Manifesto for the Defense of the Rights of Charles III. Such manifestos served to bolster the case for a just war and ‘like a complaint… laid out the injured party’s claim against the alleged injurer’.

In License to Kill, the authors explore the ancient right that ascribed soldiers ‘absolute immunity from prosecution even if their side was waging an unjust war’. Provided there was a formal declaration of war, slaughter became legal. In fact, this was ‘the ultimate get-out-of-jail-free card’, because a soldier could now commit a host of acts which would be deemed crimes in peacetime, such as breaking and entering, stealing, destroying property and committing arson.

Although in the New World Order ‘war is not a permissible mechanism for righting wrongs’, problems still abound. Russia’s annexation of Crimea flew in the face of the legal prohibition governing conquest, though the authors put the issue of conquest into fascinating context. Between 1816 and 1928, a state could ‘expect to lose territory in a conquest once in an ordinary human lifetime’; after 1948, this receded ‘from once in a lifetime to once or twice a millennium’. The authors attribute this change to new international institutions created after 1945 and the advent of nuclear weapons.

With the modern world beset by challenges in the form of Islamic State and the Syrian conflict, the authors aver that, as well as backing the UN and international institutions, states should ‘enrich themselves through cooperation rather than coercion’. For ‘free trade not only channels productive activity away from war making, it provides a legal tool for disciplining states who violate the rules’.